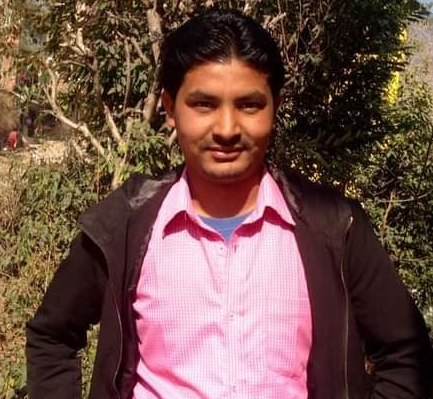 In 1966, the Burmese (Myanmar) football team made a big leap after winning a gold medal. Football fans all over the country celebrated receiving the prestigious title amongst the strongest team in Asia.

After the victory, the football team reached various corners of Myanmar celebrating the victory. During the celebration one day the locals were abuzz with rumors that a jumbo football team was coming to Kalaw Nagar in Shan state. People were standing with flowers at gates, with big enthusiasm.

Bishnu Panthi, a senior Gurkha (Nepali-speaking) writer in Rangoon remembers the scene where a large number of Gurkhas were dancing and singing amidst native Burmese. He was young at the time, he had an opportunity to welcome the gold medal-winning national football team.

Among them was an important member: 'Gurkha-Tiger' meaning 'Brave'.

Laxman Nyaupane, another senior writer says Shuka Bahadur Thapa was often known as 'Bahadur' by Burmese. He was a Burmese citizen of Nepali origin. "In world football history, Shuk Bahadur in Burmese football was known as Pele in Burma," said Nyaupane.

The whole Gurkhas community was approaching him with garlands and red abir in their hand. Without looking left nor right ‘Bahadur’ spread on the ground and prostrated himself with his forehead at the feet of ‘Gurkhali’. Everyone including literary scholars and other eyewitnesses gathers that day at the railway station in Kalaw was surprised for a while, recalls Panthi a literary figure who was in the crowd.

The person who was worshiped and much respected by 'Bahadur' was his guru Suryaman Rai. He was the life coach of the Kalaw town Football Team.

He used to tell sometimes that he got the power of football because of his guru. Having deepest respect for his guru, once known as the "king" of Asian football, moved the growing Gurkha generation and the native Burmese to be emotional and forced to learn something.

He is also read in Burmese school-level textbooks and Nepali schools. "He was a famous footballer. He is still being talked about all over the country," says Nyaupane.

Even though he did not meet Shuk Bahadur, he has a proud history amongst the Burmese Gurkha community, says Devendra Rijal, a resident of Mandale.

'Shuk Bahadur is a historical man of Burma. Till today he is equally remembered and man of pride, 'he said.

Shuk Bahadur is considered to be the hero of many games won by Burma. As of today, his name is known as the 'Football brave'. Growing up in a village amidst poverty, he was considered to be very hardworking and fearless since his childhood.

Due to the lack of access to education in Kalau, Bahadur did not get the education he wanted in the 1940s and 1950s. The reason was school was far from his house. Even though he could not study, his passion for sports did not diminish.

Shuk Bahadur's father MS Thapa was serving in the British-Burmese army. Following in his father's footsteps, he enlisted in the 4th Gorkha Battalion in the Burmese Army. Along with the responsibility of carrying a gun on his shoulder, he also carried the football in his heart forward.

Bahadur, a Nepali origin was selected in the Burmese national football team in 1952 as the captain of the Burmese Gurkha Army Football Club in Shan state football team. He is considered to be an integral part of the development of football in Myanmar.

Nepali-speaking Burmese say that he never failed after entering the field from the club-level football team.

Those who reach the stadium still remembers his performance. Putting pressure on the opposition, the goals scored by 'Bahadur' during the game will probably be never seen by the Burmese anymore. Although it is no more, his popularity among the youth always alive.

A well-known striker in the Burmese football team, he was the champion of Asia in the 1960s and also the country's longest-serving captain.

He was promoted to the rank of Major in the 4th Battalion of the Myanmar Army. Despite being a famous player, he was a humble man and lived a normal life. He was married to Khintanmi.

He won five gold medals, five silver medals, and two bronze medals. He is the only player from Myanmar to have been named the best player thrice in 1965, 1967, and 1968.

The games he played at Salin ground are unforgettable. It is remembered the glimpses of his goals when he won the Asian Championship in 1996.

Players and football fans get emotional when they remember the joy they shared with their friends after becoming champions and the celebrations across the country on their Memorial Day.

After retiring from the Major post in the army, his wife Khintanmi passed away. Soon after, Bahadur married another woman in Mingladou, Yangon. He was anonymous after marriage.

Besides major in the army, he was also a famous player. He has bitter experiences towards the end of his life which is equally shocking. 'I don't want to write the last biography of Bahadur. It is not because I don't want to write but unpleasant feeling hurt my heart,' a journalist of Burmese magazine said almost 22 years ago.

'The sad experience hurts my heart a lot and my eyes tear rolls. This story is written with tears in my eyes. My heart aches for our historical men, the unbearable feelings, the excruciating pain, and anguish,' he wrote in the second sentence.

The last days of a successful player in Asia were not as simple and comfortable as one might think. This is the story of Shuk Bahadur Thapa, the historical man of Burma, the famous footballer of Asia, the football king of Burma.

One day, two teams came to play national-level football at Salin Stadium in Yangon. At that moment, a 65-year-old man look like Gurkhali appeared in a T-shirt and an old robe out of a small hut in the inner street near the ground.

One day, a man was found talking to the youth, a man once the king of football in Asia, Major Shuk Bahadur. The youngsters who came to play football were surprised to know his introduction. It seemed this man just sweeping the ground, but they were shocked.

After learning everything about 'Bahadur', the players became silent and started shedding tears. He was sitting near the football field. He loved football and enjoyed in the field till the end of his life. He regularly visits football grounds and cleans them because he has deep affection towards the pitch.

The life of a man who led the Burmese football game to the forefront did not match the luxuries of his youth. The hut where he lived was small. This is how 'Bahadur' spent the last moment amidst leaking roofs and poverty.

If the situation was today, 'Bahadur' would be a successful player in the world at home and abroad. Even more than that, he would have been lived happily in the last moments of his life without pathetic life.

Seeing the petty status of a famous player, his disciples and players abroad provided love, relief materials, and some money. Bahadur, an Army Major and great footballer of the Gurkha army in Burma passed away on August 19, 2001.

Huge respect to Shuk Bahadur, the great player of the golden age of the Myanmar football team.

Hydropower in Nepal : From basic facility fulfillment to a significant trading revenue stream

‘You should never look at his eyes’: Maxwell directed her staff to refrain from addressing Jeffrey Epstein in any way