After several months of independent investigation, NFL has fined the Washington Football team for its "highly unprofessional" workplace.

An amount of $10 Million has to be paid by the club as the investigation showed that the club's poor workplace, especially for women. Following the news, club-owner Dan Snyder is also stepping out from the day-to-day operations of the club.

The investigation revealed that the senior officials and the club ownership paid little attention to the issues of sexual harassment and other workplace issues of the employees.

NFL special counsel for investigations Lisa Friel described it as a culture of fear.

"The culture at the club was very toxic, and it fell far short of the NFL's values and we hold ownership to a higher standard," Friel said.

"This is truly outrageous and is a slap in the face to the hundreds of women and former employees who came forward in good faith and at great personal risk to report a culture of abuse at all levels of the team, including by Snyder himself," lawyers Lisa Banks and Debra Katz said in a statement. 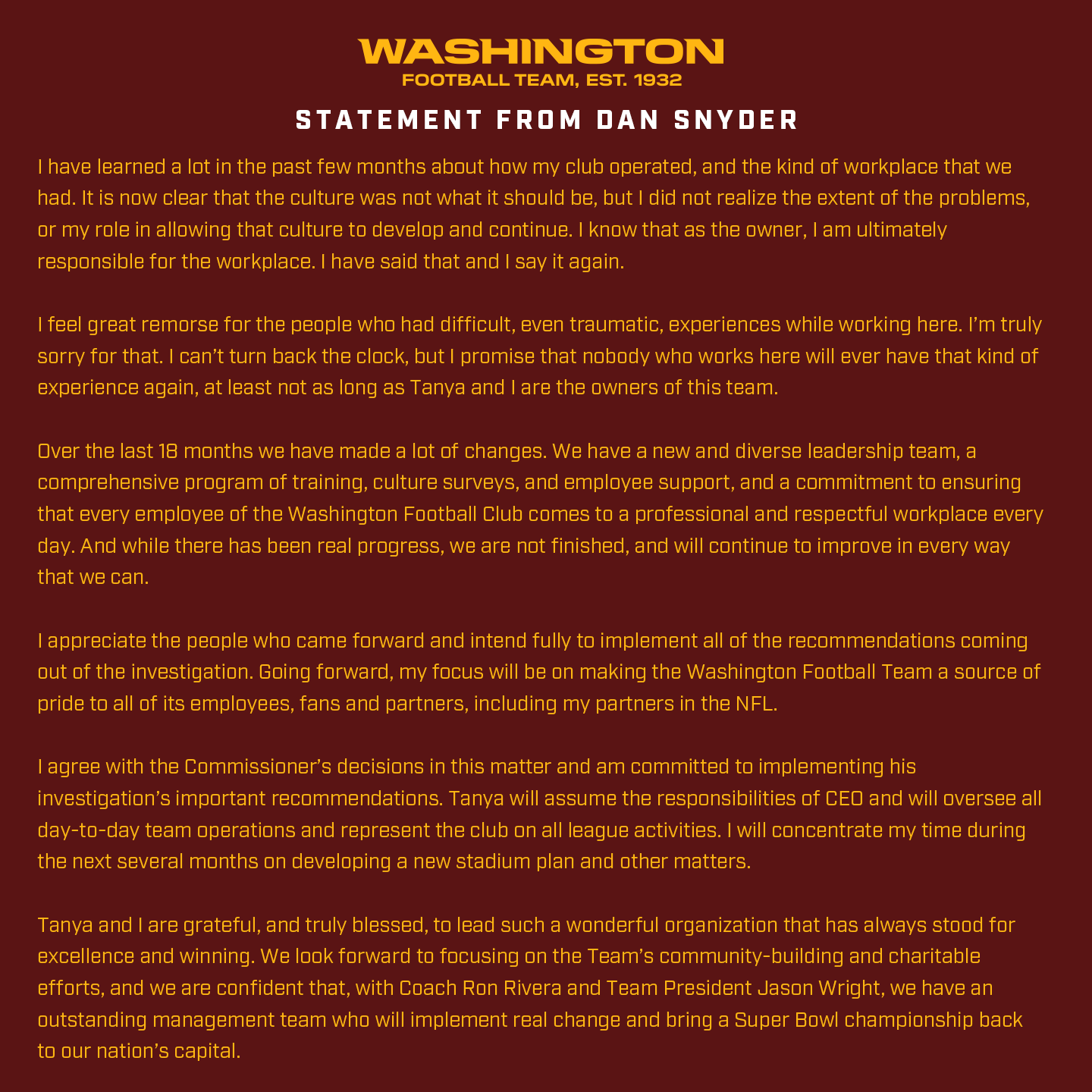 Pence Acknowledges His Break With Trump Over Jan. 6 But Still Does Not Blame Him

Super Bowl LV: Everything you need to know