Senate Parliamentarian Elizabeth MacDonough decided on Thursday that a minimum wage hike of $15 per hour can not be included under President Joe Biden’s America Rescue plan.

Sanders responded to MacDonough’s decision on Thursday via his Twitter. The independent senator from Vermont wrote, “I strongly disagree with tonight’s decision by the Senate Parliamentarian. But the fight to raise the minimum wage to $15 per hour continues.”

He added, “Yet, because of the archaic and undemocratic rules of the Senate we are unable to move forward to end the starvation wages in this country.”

Sanders, a progressive, is popular for raising his voice in favor of healthcare, the public education system, minimum wages, and other ideas of the welfare state which is deemed to be “far-left” by the American Conservatives. 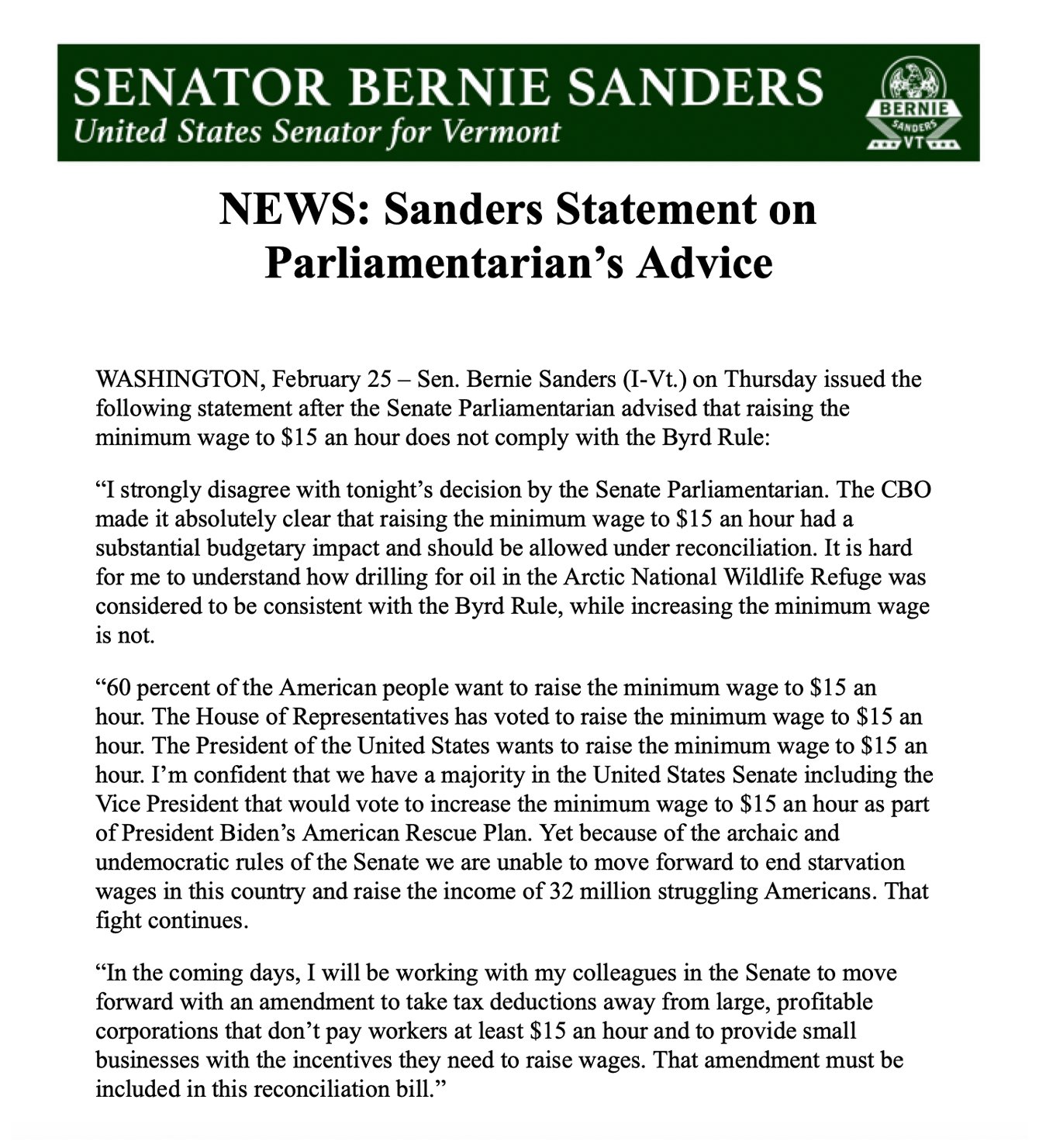 64 people killed by the police at the least, since the Derek Chauvin trial