The One Who Wants To Meet Prime Minister ( Part-1) 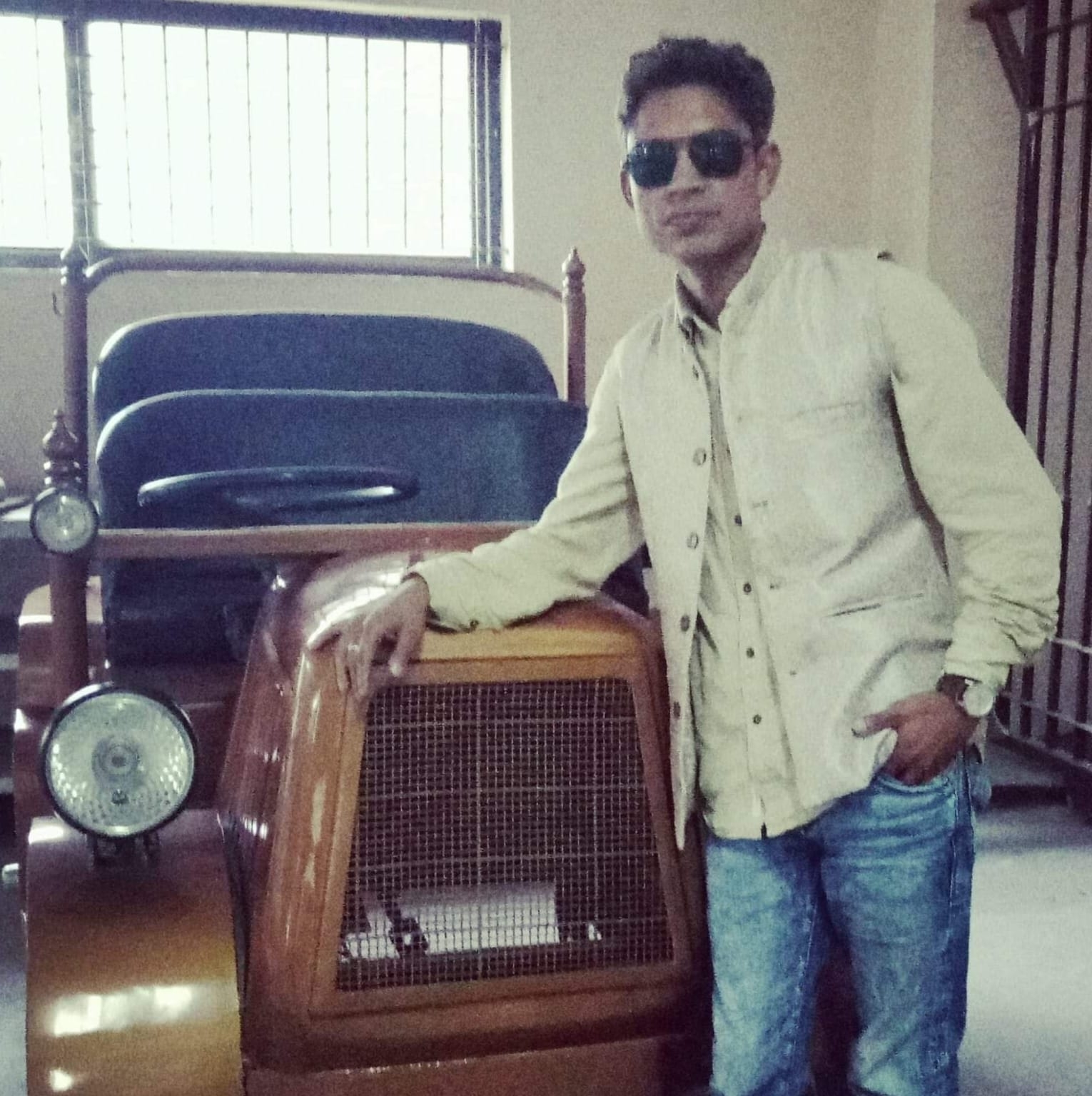 Two years ago, he completed his Ph.D. in Plant Technology. He is now carrying his education certificates around Kathmandu in search of a suitable job. He is jobless and cannot tell anyone about his woes.

After completing his Ph.D. from India's Jadavpur University, several job offers came to him in India, but he rejected them. At the same time, he was mindful of his father who had sold his ancestral land for his education. 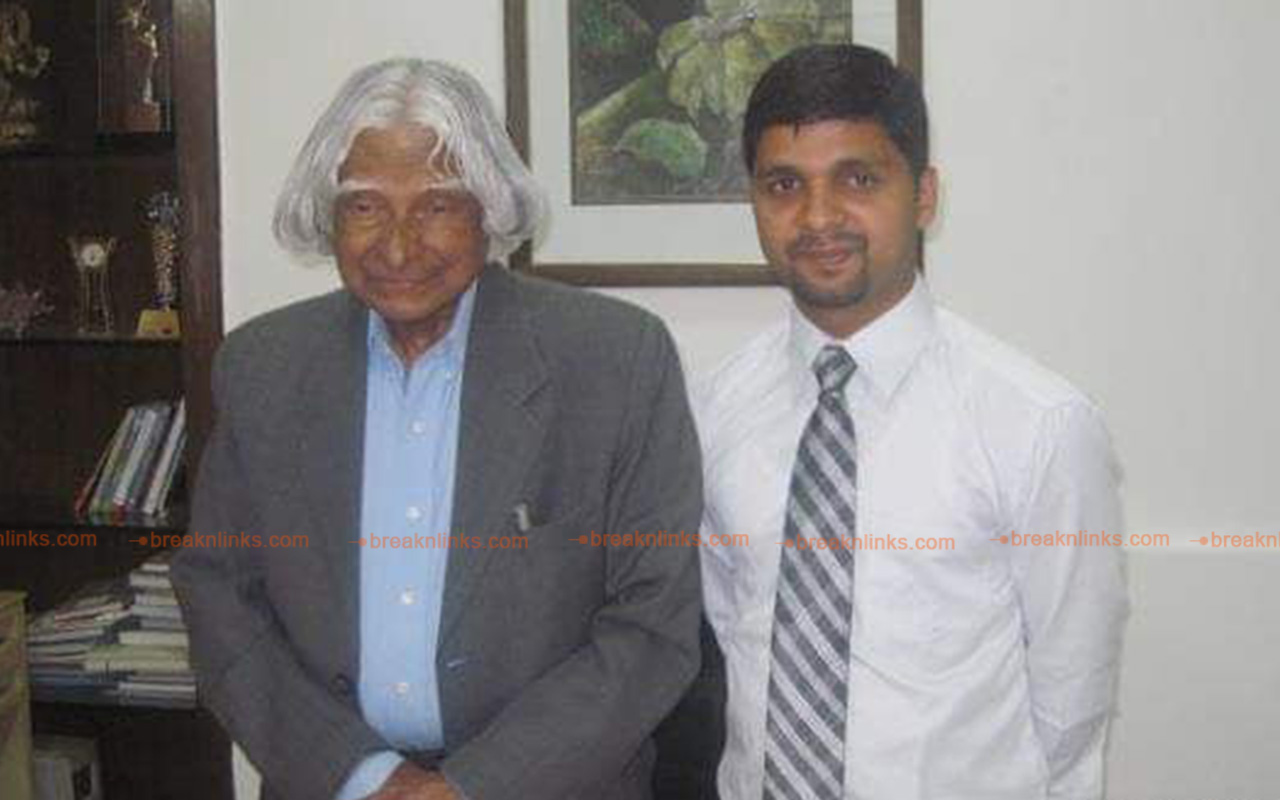 Dr. Yadav with the Missile Man of India, Abdul Kalam.

He was, then confronted with a question, "for whom have I studied so hard? For myself? or the nation?"

Initially, he had felt that the completion of education was a major personal achievement and is for oneself. While pursuing his Ph.D. degree in India, he had come across and befriended many high-class people, renowned political leaders, and intellectuals of India.

A realization came to his mind, "A person's study is not only a personal achievement, but it should be utilized for one's country's development."

Why is China today engaged in a campaign to put itself ahead of powerful America? There was a time when China had sent its talented youths to the USA to pursue higher education there. The same youths returned to their country. As a result, China has made a stupendous development today. 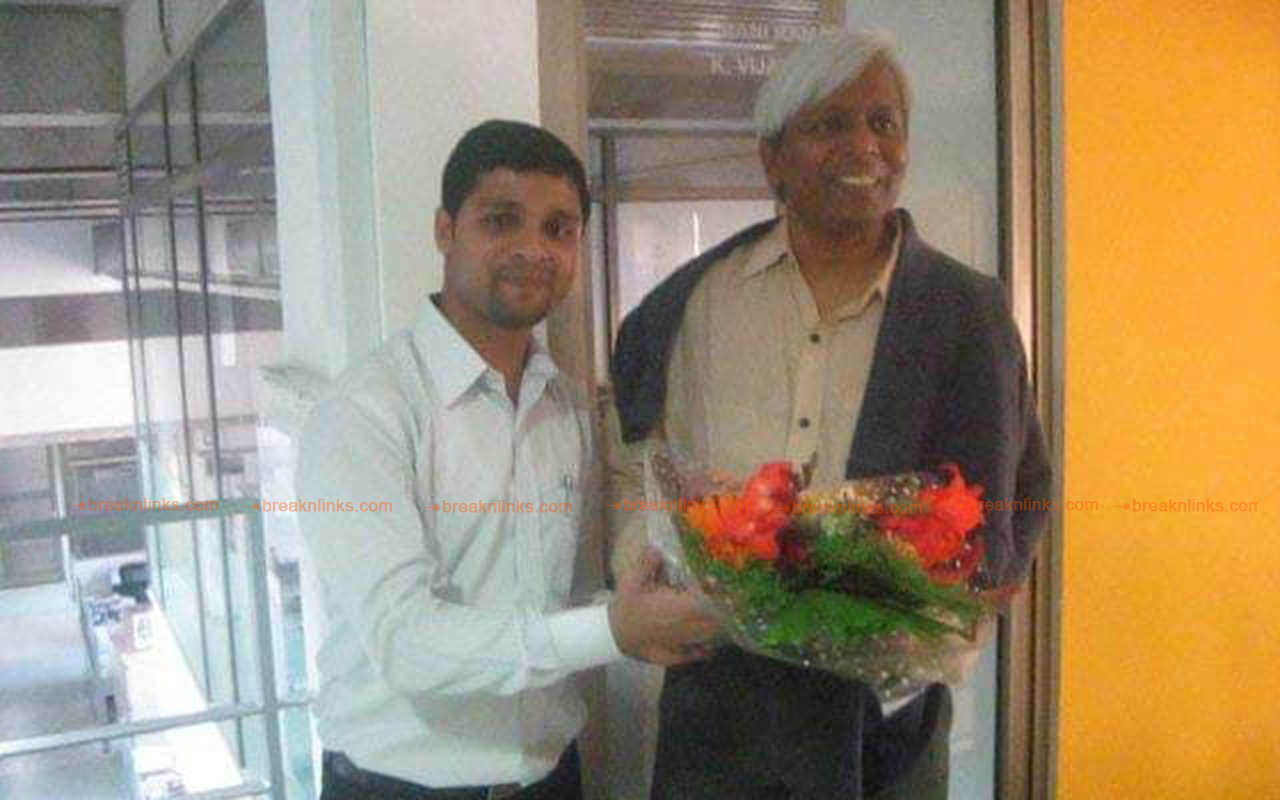 After realizing this truth, Dr. Roshan Yadav, a permanent resident of Rajbiraj, Saptari, returned to Nepal following the completion of his post-doctoral degree in India. But the interesting thing is- Dr. Yadav, a scientist who can bring many changes to our country, is still without a suitable job.

The state appears careless about his plight. The leaders are busy hurling insults and criticism at one another by organizing mass meetings and rallies. The Prime Minister only talks about prosperity and mobilizes the talented youths. However, a young, talented scientist is standing at a crossroads and is looking for ways to ensure his career and future. He wants to meet Prime Minister KP Sharma Oli and loves to tell him about his plans and projects. He wants to contribute to the country's development. But, who would take him to the Prime Minister? Even after meeting with him, how can one make the PM understand more than dozens of Dr. Yadav's articles published in the journals of the International Scientists Society.

Dr. Yadav secured his post-doctor's degree when he was only 30 years old. He is the youngest chair of the Nepal Chapter of the World Science Congress that has senior scientists and researchers of 55 countries as members. 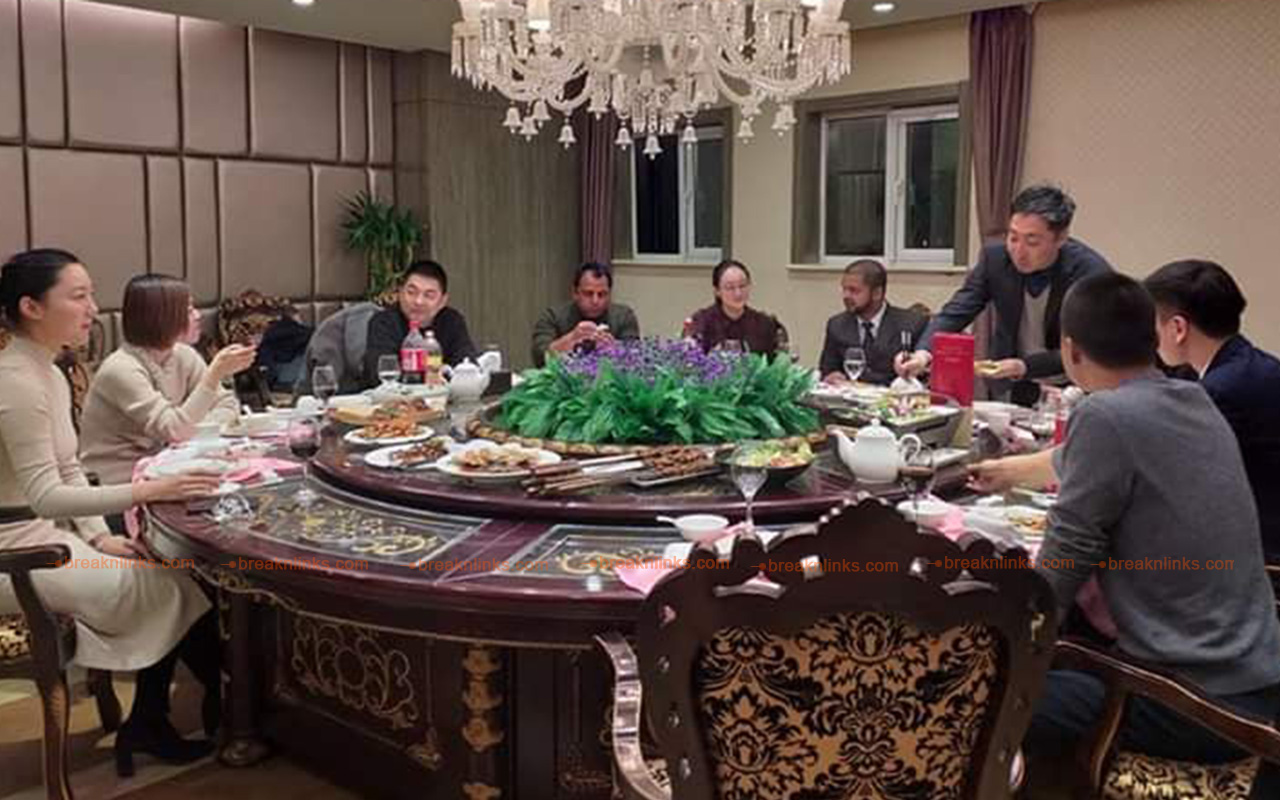 At the 56th convention of India's oldest and reputed institution, the Indian Chemical Society, held in 2019 at Raipur of Chhattisgarh, he was honored with the Honorary Fellow award. In the same year, India's reputed Jawaharlal Nehru University invited him as a guest from Nepal to attend an international conference. He had represented Nepal in an international conference held in Beijing, China in 2018. This conference was organized by the Chinese Academy of Science.

Ways to Achieve Prosperity In Nepal

Prime Minister Oli has been encouraging the country's youths by raising the prosperity slogan for the past three years. But the irony is the scientist who can bring the Green Revolution to the nation is now jobless. This has made a mockery of the PM's prosperity slogan.

Nepal has an abundance of water ( Jal) and forest ( jungle). Nepal stands out in the entire world in terms of its green hills and forests. Dr. Yadav understands these facts quite clearly. He desires to tell the PM that Nepal's natural resources are enough to drive Nepal towards prosperity.
The availability of medicinal plants in high mountain regions could be utilized maximum to bring the Green Revolution to the country. Money has remained scattered in Nepal, but the government has failed to pick them up. 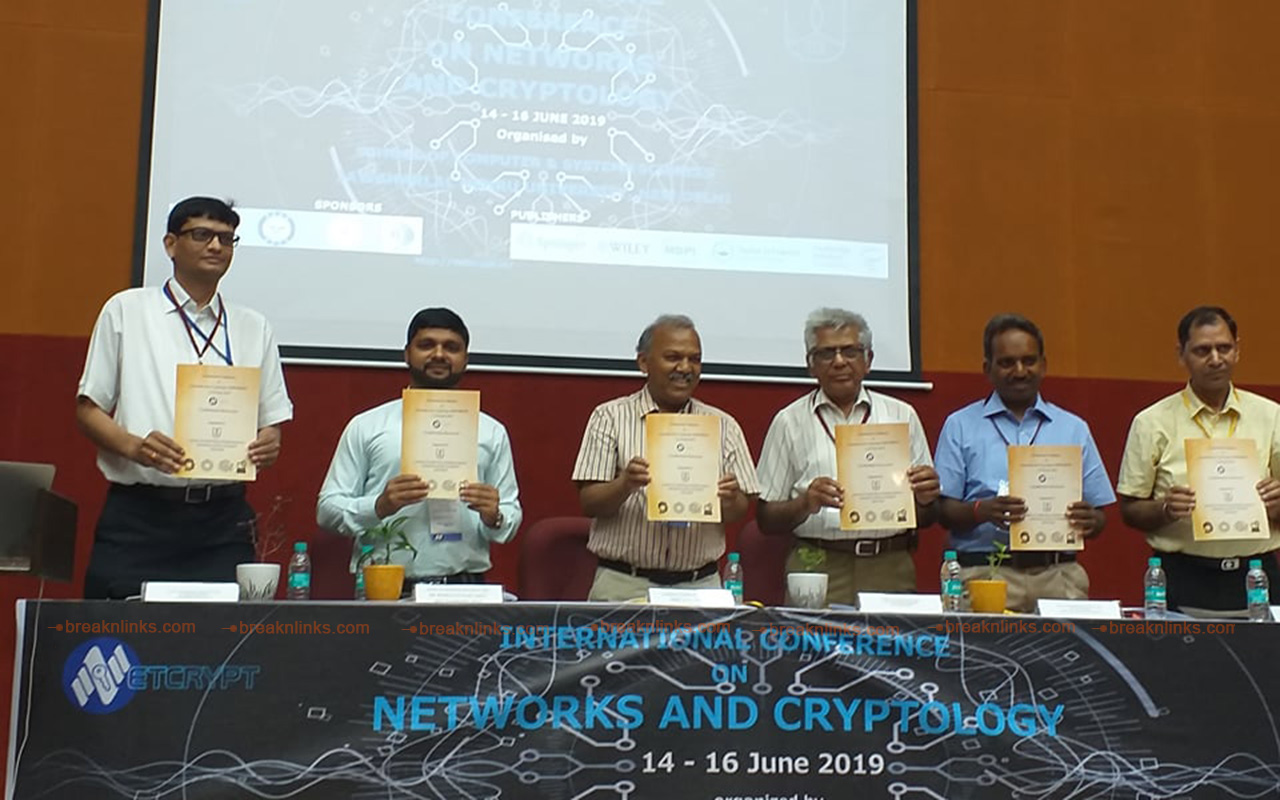 The medicinal plants can be cultivated and grown in high altitude areas through the utilization of biotechnology techniques, Dr. Yadav told BL Nepali Service. "The government can utilize these plants for making medicines for various diseases."

The government has been talking about the utilization of modern techniques in our agriculture.

However, the authority here has failed to carry out the needful works following its plans. It is because of the age-old prevailing disease of Nepal- nepotism. The leaders and bureaucrats are engaged in providing key and important government positions to their near and dear ones while sidelining others.

In Nepal, talented, educated people are yet to get the right positions at the right places. "The biotechnology can help produce more products in a short period. We can help our poor and middle-income people by helping them farming red-sandalwood and sandalwood," Dr. Yadav said.

Red-sandalwood and sandalwood can be used for making different medicines. The demand for these products is high in China, Australia, Hawaii, and other countries. We can bring foreign currencies by selling these items abroad, he said, adding that the government must bring a concrete plan in this regard.

Who Is Dr. Yadav?

Born in 1989 in Rajbiraj's middle-class family, Dr. Yadav completed his secondary education at Happy Land Secondary School. He was enrolled in Biratnagar's Birat Science Campus to pursue his Plus-Two education. He secured his BSc degree from Amrit Science Campus, Kathmandu. 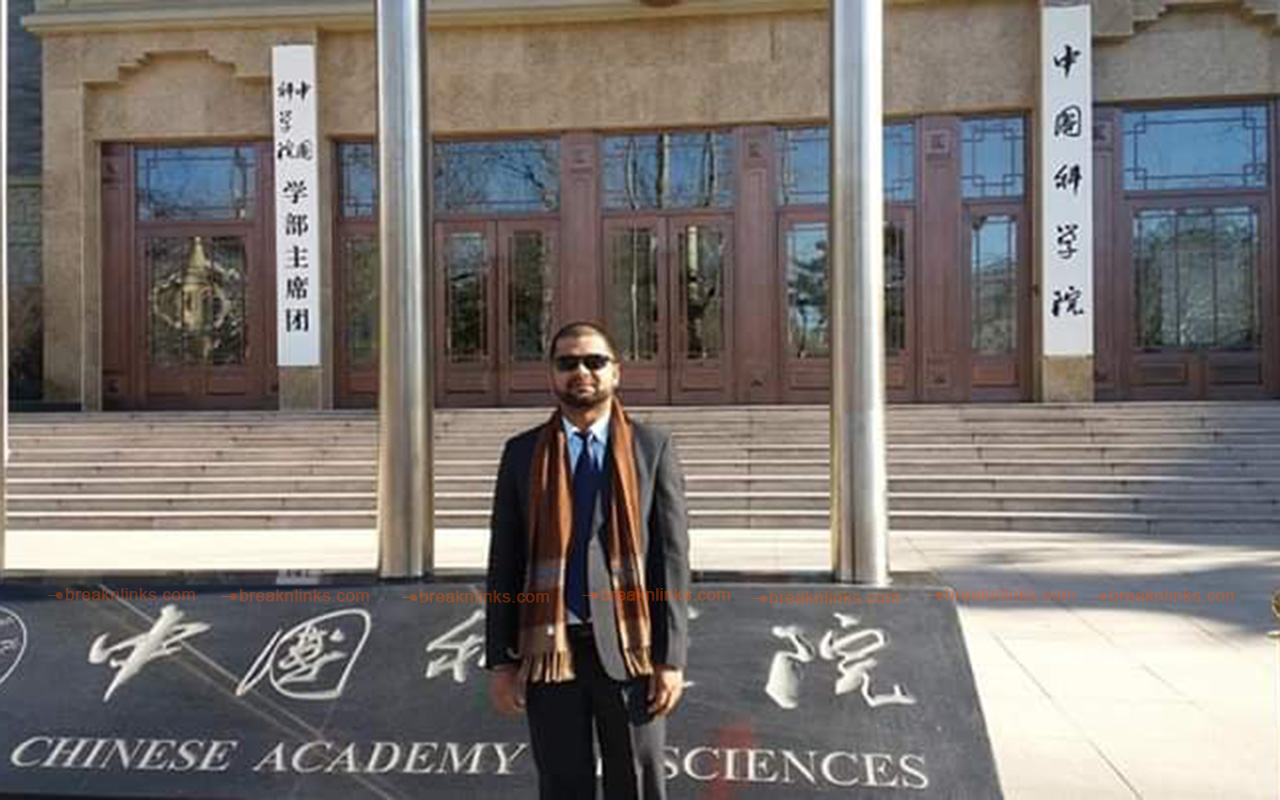 When he was a school kid, he had a desire to become a medical doctor. A medical doctor receives high accolades in the Madheshi community which had made him interested in becoming a doctor. 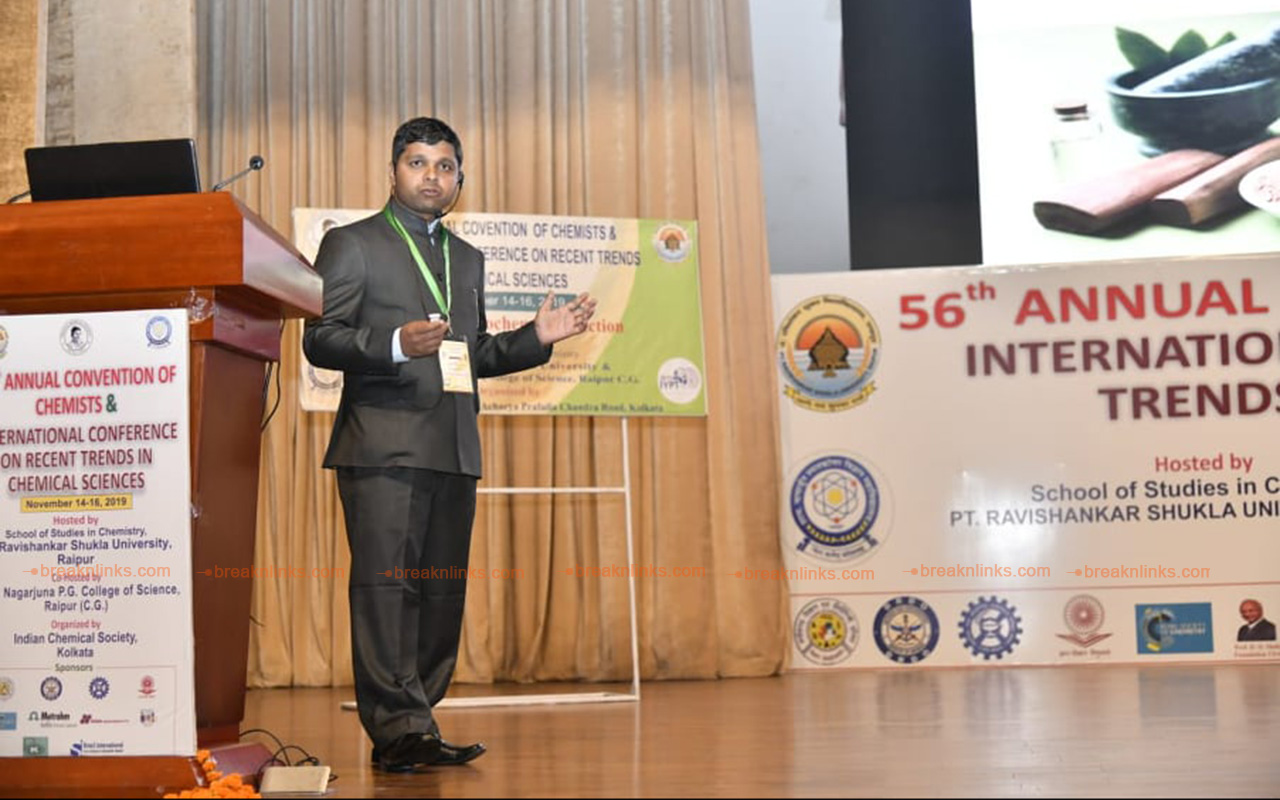 There were a total of 60 students when he studied BSc in microbiology at Amrit Science College. However, only three students including Dr. Yadav had passed the first year examination. During his study at the college, he had passed a scholarship examination for the Ayurveda medicine course. But his father advised him that microbiology was a better subject than the Ayurveda medicine course, which encouraged him to change his mind. He continued his study at Amrit Science College.

He has many degrees under his belt, besides the Ph.D. He received the 3-D animation course from the Centre For Development of Advanced Computing (CDAC) at Mohali of Chandigarh. He later won a scholarship for the Master's degree. 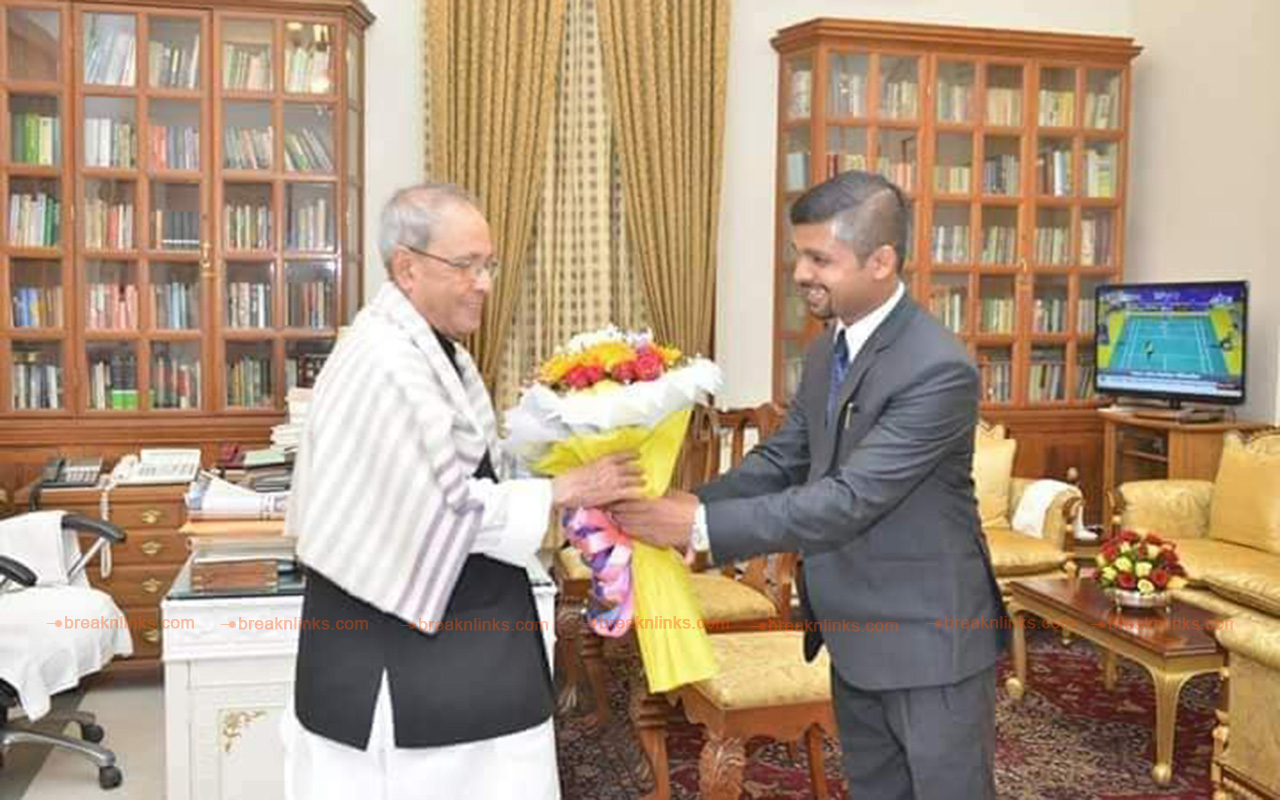 Dr. Yadav with the Ex-President of India Pranab Mukharjee.

After completing his MSc, he worked as a research associate at Banglore's Indian Institute of Science (IISC), which is the seventh-best institute among the world's best 100 institutes.

He then went on to receive training in the Department of Pharmacology from New Delhi's All India Institute of Medical Sciences.

He returned to Nepal after eight years of his stay in India to complete his Master's degree. After returning, he started teaching at the Department of Biotechnology at Tribhuvan University. He taught there for three years. 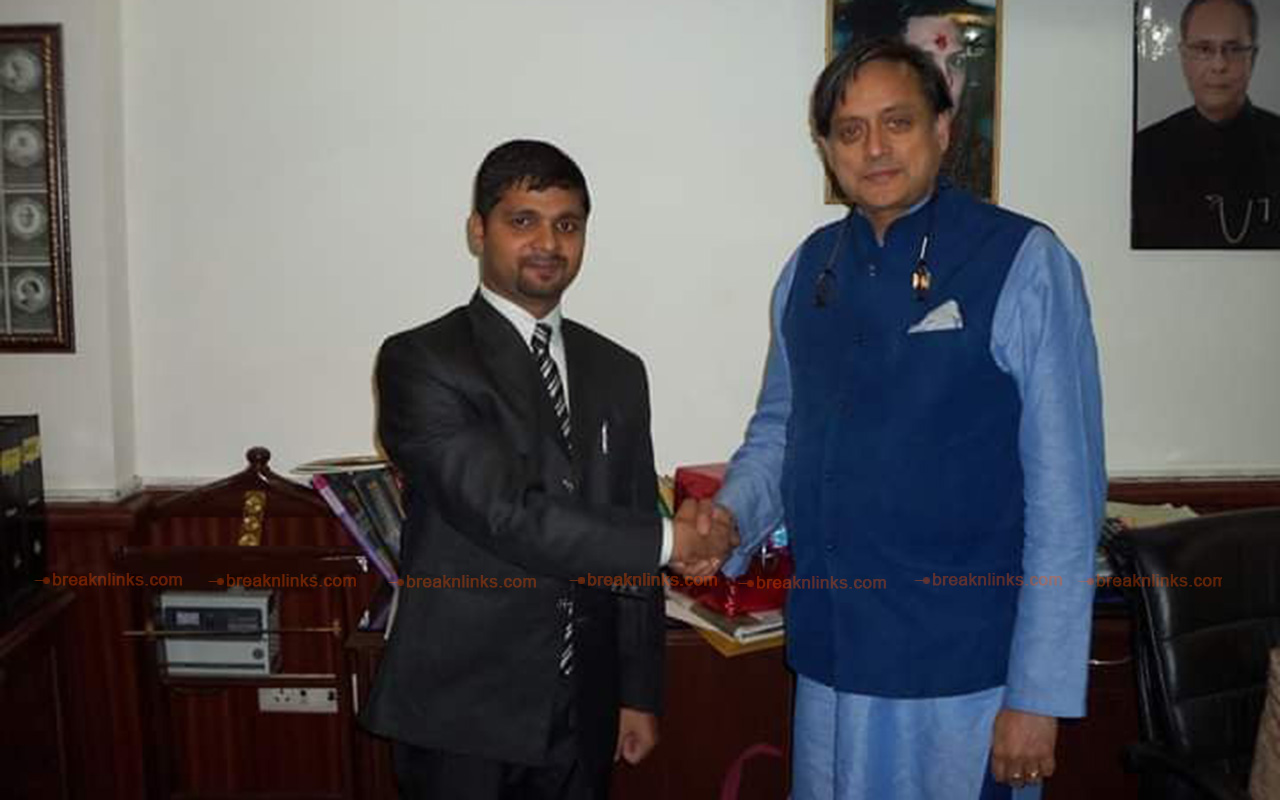 Then he worked as an assistant research fellow at the Nepal Academy of Science and Technology. He then became the deputy director (Research & External Relations) at the Asian Institute of Technology and Management (AITM).

The Jadavpur University, Kolkata, India then invited students under its fellowship programs to pursue post-doctoral courses. He applied for the fellowship. The Indian former President recommended his name for the fellowship using his official letterhead. He completed his Ph.D. in Plant Biotechnology from the university.

Capable But No Opportunity 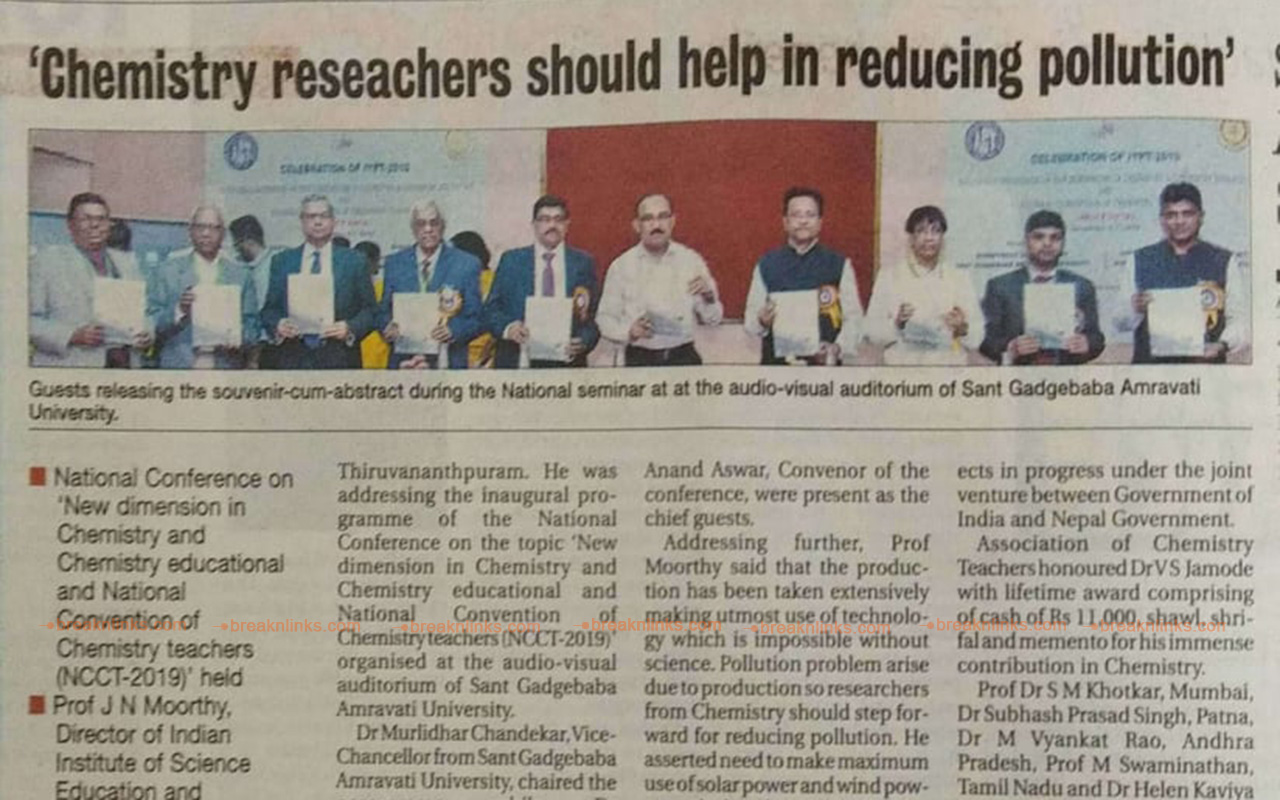 It is commonly believed that the state should have created job vacancies through NAST for those who have completed a Ph.D. in biotechnology. However, NAST has been controlled by bureaucrats.

About 50 persons have so far obtained Ph.D. degrees in biotechnology in Nepal. Many have gone to the USA or Europe after they failed to get a suitable job in Nepal. " I have stayed back in Nepal to do something for my country. Let's see where my luck takes me to," the capable but unemployed scientist told BL Nepali Service.

The Caribbean island of Puerto Rico: The neglected territory of the States

One dead after a driver crashed into Florida Pride Parade

A video of live bats in cages at the infamous Wuhan Institute of Virology surfaces, adding more weight to the 'lab leak' theory

COVID-19 probe should shift to the US, says China's Disease Expert