A plane carrying 68 passengers with four crew members onboard has crashed in Pokhara.

The plane took off from the Tribhuwan International Airport in Kathmandu at 10:33 AM (local time) for Pokhara.

According to the witnesses, the plane owned by Yeti Airlines caught fire mid-flight and crash-landed near a residential area in Pokhara. The crash site is approximately 2 km from the newly constructed International Airport.

All passengers onboard, including the crew members, are presumed dead.

So far, 25 bodies have been recovered. 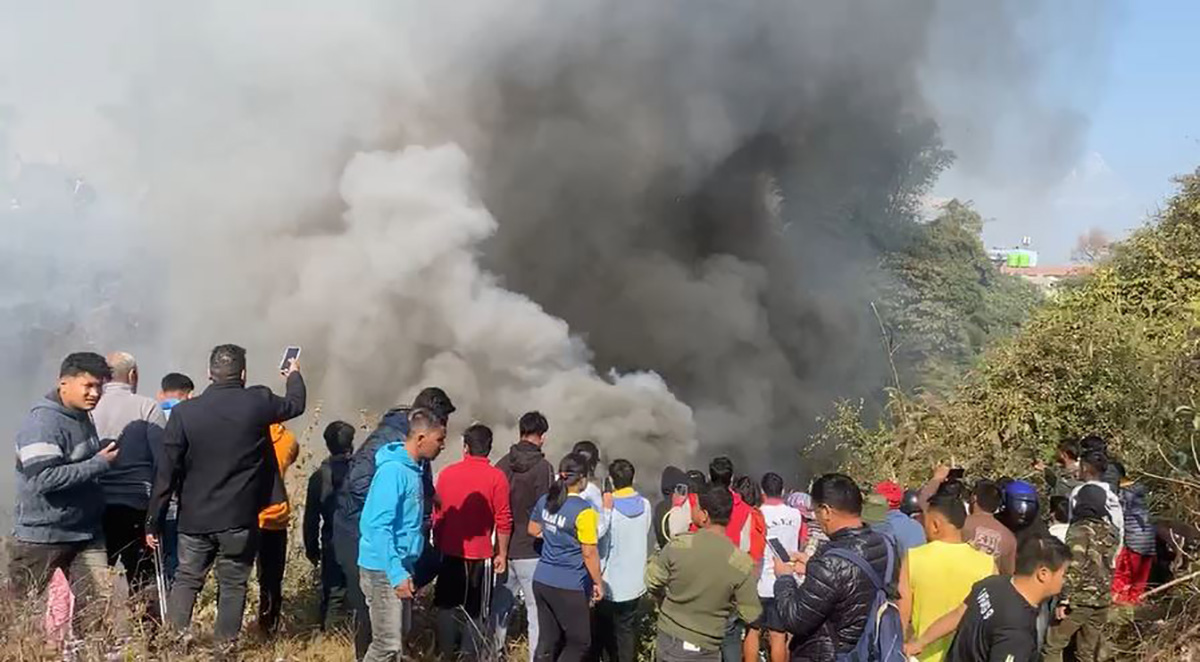 Concerns of escalation as Myanmar air raids near the Indian border

Rise in aviation related incidents in Nepal and the government's inaction

Seven killed in attack on synagogue outside Jerusalem

Fighting intensifies in the east and northern Ukraine after tank pledges