The USA Cricket has successfully held the national U19 championships yesterday. The Mid-Atlantic Zone was crowned as the national champions the tournament participated by 8-teams.

This was the first national cricket tournament after the COVID-19 Pandemic.

The USA cricket issued a statement following the successful completion of the tournament, thanking all the parties involved.

"USA Cricket thanks and praises all involved with Men’s Under 19 National Championships as Mid-Atlantic Zone crowned champions," the board thanked all the parties involved in the tournament.

The tournament was held in a bubble environment for all players, staff, and officials for the duration of the environment. No positive COVID case was seen throughout the tournament.

All the matches of the tournament were held at the Prairie View Cricket Complex, Houston.

The tournament involved 112 young cricketers, under the age of 19.

Leading run-scorer Rehman Dar, leading wicket-taker Sanjay Krishnamurthi, and Player of the Tournament Sai Mukkamalla were the award winners of the tournament. 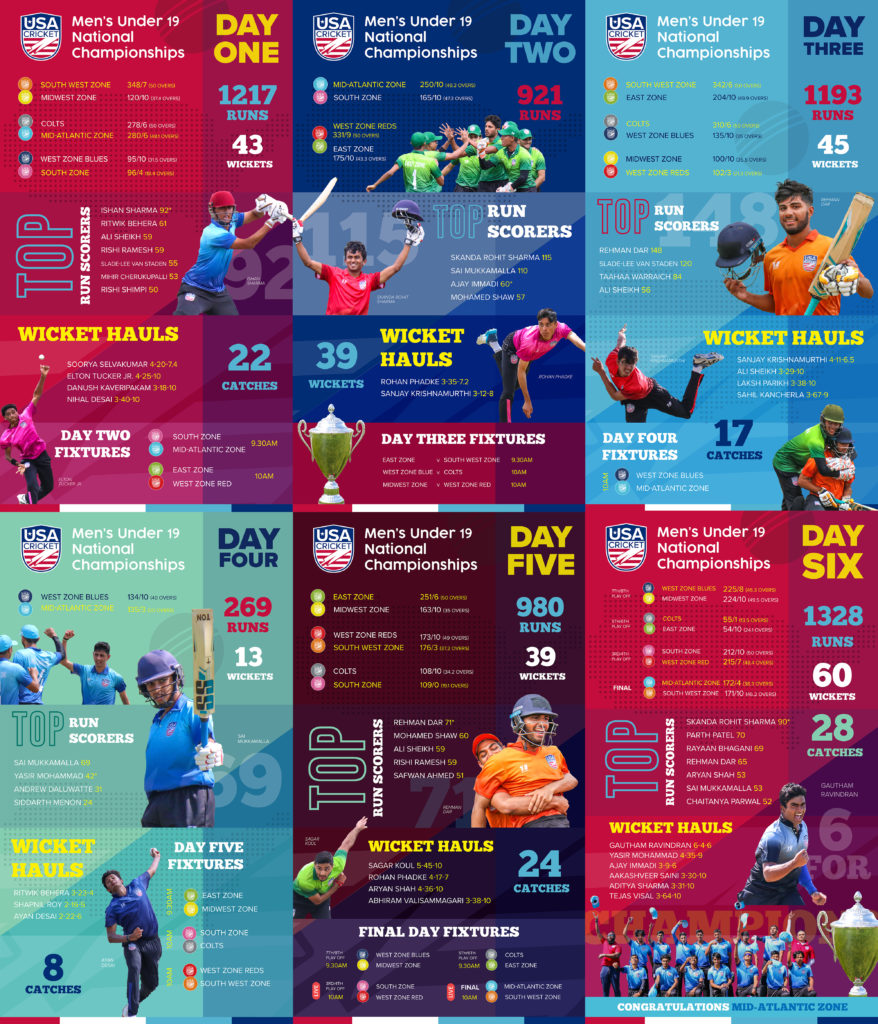 “USA Cricket would like to thank all of the players, coaches, managers, umpires, scorers, medical staff, support staff, and other volunteers and members of the media that have all contributed to making this such a successful event. This was always going to be an ambitious project, but we are delighted to have been able to deliver such a high-quality event, which would not have been possible without a huge team effort by so many people.  On behalf of the USA Cricket Board, I would like to pay tribute to and thank each and every one of those who played a role,” USA Cricket Chief Executive, Iain Higgins said.

“I was hugely impressed by the performance of many of the young cricketers and, while there is no doubt that Mid-Atlantic Zone were worthy champions, I was delighted with the general level of performance and quality on show throughout the week. I would also like to thank everyone in the wider community for their phenomenal levels of support in uniting behind our common goal of improving cricket opportunities for these young men,” Chair of the Cricket Committee and USA Cricket Board Member, Sushil Nadkarni, said.

Australian all rounder Andrew Symonds killed in a car crash

"I am available," Kohli slams reports of unavailability before India vs South Africa ODI series

BCCI to shift T20 World Cup to UAE due to pandemic