Due to bureaucratic red tape in importing bamboo wood to India and lack of domestic business plan to expand bamboo products community forest users haven’t been able to get expected benefits. 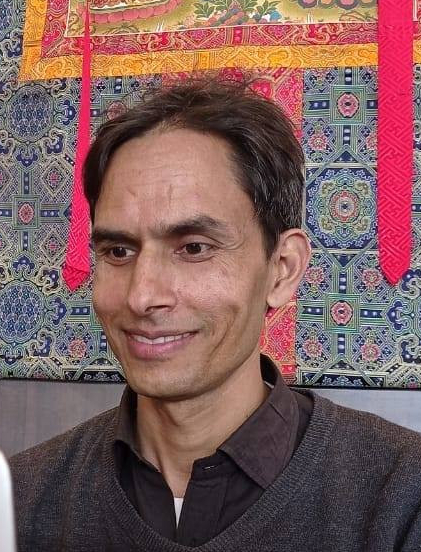 Before locals started to plant bamboo some 28 years ago, the Satti area of Kailali was just a patch of barren land covered with sand. Locals could see only an old bamboo tree standing there. No other trees. The land would look deserted.

However, things changed swiftly after the local people started planting bamboo trees and converting this unused area into a community forest. Later, they organized as a community forest users’ group, which is globally considered an exemplary participatory conservation model. Now, the same bamboo farming business has become one of the most successful forest users’ groups in Kailali in terms of creating job opportunities. The community initiative has addressed the demand for bamboo in local markets and makes money by sending bamboo wood to India.

These days, 145 of the total 305 hectares of community forest area is covered with bamboo bushes. For conservationists, this community forest is a textbook example of successful conservation, forest management, and ensuring the livelihoods of poor people in Sudurpaschim, one of the poorest pockets of Nepal. 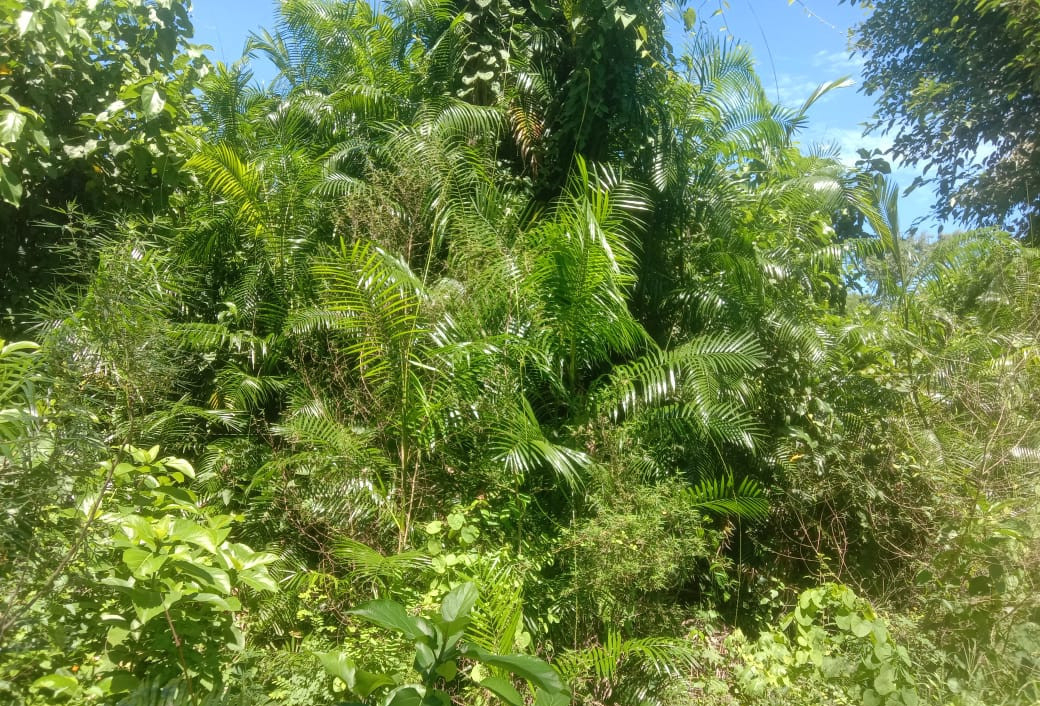 Bamboo trees have now become a good source of livelihood for scores of poor people in the region. Hard-grown community forest has helped locals to develop bamboo-based industries within local markets. To make it a business people approach the local community to buy bamboo during the harvesting season. Hundreds of locals are reliant on this community forest.

Community forest officials say as many as 60 local entrepreneurs are connected with the community forestry from where they procure bamboo wood, use bamboo to make various forest products, and housing construction.

The income generated from bamboo farming is spent to run a college.  The forest users’ group donated Rs 400,000 to obtain affiliation to run the college in the village. Later, they provided an additional Rs 1.5 million to procure 12 kaththas of land for constructing a college building.

In addition to this, the earnings of the forest have been used to ease the survival of poor community people.

The area covered with bamboo trees has been divided into five different plots calculating that it will take five years to get bamboo saplings fully matured. Locals harvest bamboo from these areas annually on a rotation basis and sell them to local markets. 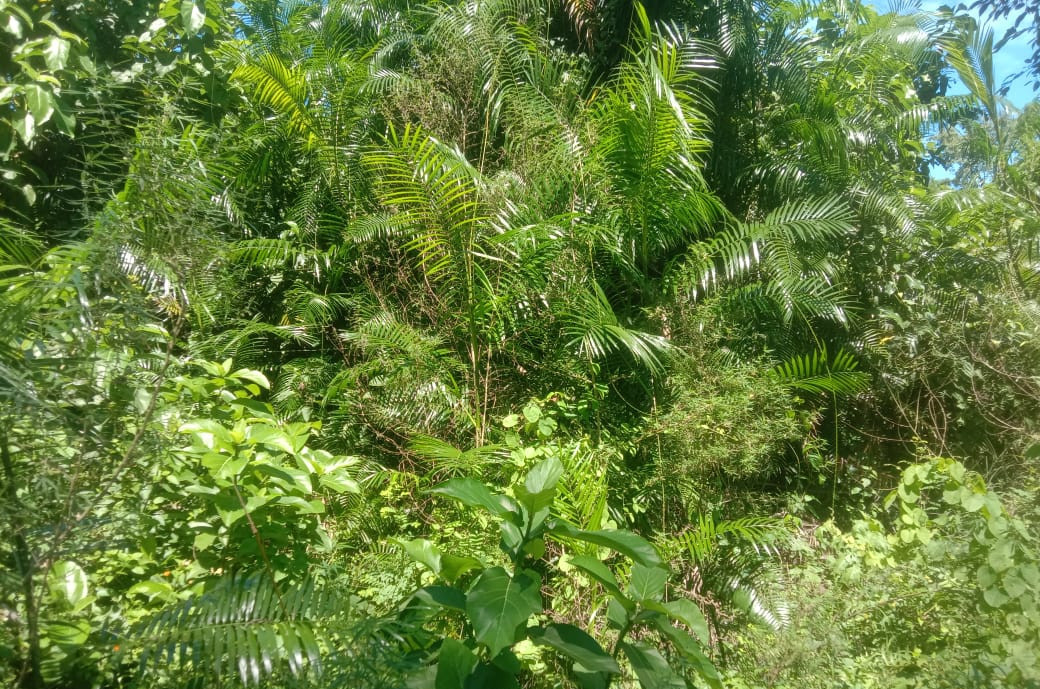 “Every year, bamboo harvesting continues for two months,” said Min Raj Dhungana, adding, “About 400- 500 workers are directly employed during the harvesting season. For those people it’s an earning opportunity as well.”

Due to the lack of proper harvesting machines bamboo harvesting has become a costly affair as forest area has increased in recent years. The daily wage is increasing every year. Initially, when they first started to collect bamboo from the forest, the group had paid Rs 1 to workers for collecting a kg of bamboo. It has now reached nine rupees, and office bearers at the forest group estimate the cost will still rise high in the days to come. As per rule of the users’ group, locals get Rs 9 rupees for harvesting one kilogram of bamboo.

Each worker earns at least Rs 400,000 after completing his or her harvesting work. Even as locals are making good income due to lack of bamboo harvest technology the users’ group is facing a herculean task to harvest it in time to export raw bamboo to local markets or abroad.

The bamboo farming grown along the postal highway has addressed the demand of bamboo in the local market. Some local entrepreneurs have started sofa, hanger, chair and furniture making business. But they are not able to use all the bamboo produced from the local community forest. Local business people have not tried to diversify the bamboo business either. If they could use maximum bamboo to make decorating materials and use it as wood, local people themselves would be benefitted the most.

“From bamboo farming we earn about 10 million rupees each year,” said Dhungana, “Bamboo harvesting continued even when the country was facing one of the worst outbreaks of covid-19. Locals did it with social distance.”

Amid pandemic 20 locals were trained on how to make bamboo products considering possibilities of involving them in bamboo made products in days to come. They are applying their skills to make money by producing bamboo products.

Apart from creating job opportunities the community forest allotted Rs 900,000 to ease the livelihood of poor people in the community. The money was allotted to distribute 50 goats to the community considering the goat farming would help them to strengthen their earning in the future.  To manage offices and natural resources nine people are fully employed. 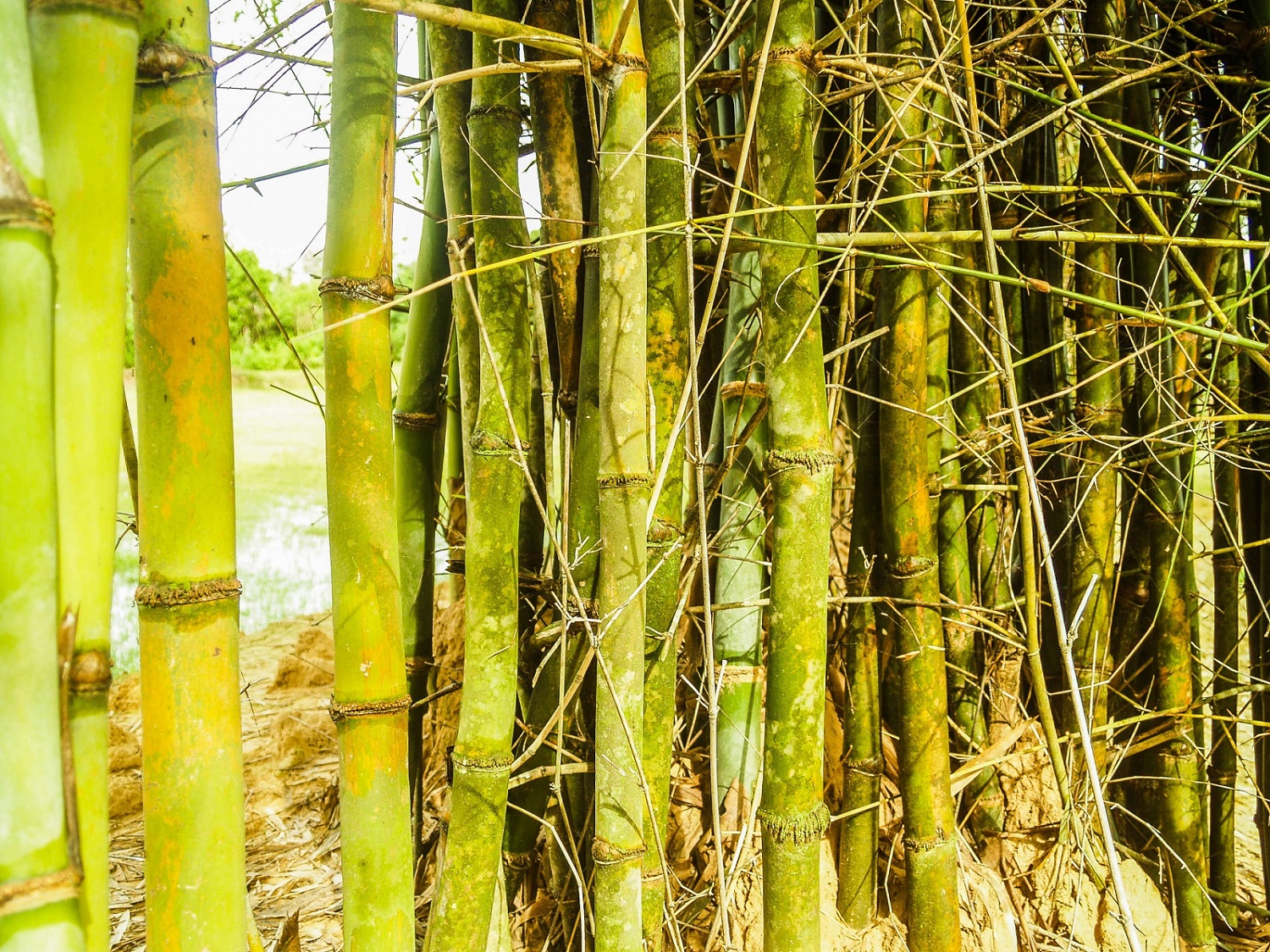 The fast-growing bamboo is a multi-purpose plant. It can be used as food for construction materials and various religious functions. Stakeholders say bamboo farming can support local communities if bamboo based green industries are prioritized by planting these multi-purpose trees in unused land.

As everything seems going well the locals, however, are facing some challenges to get more benefit from it: importing bamboo products to India due to some tax issues and harvesting bamboo from the forest.

“A large portion of our income is being spent in harvesting bamboo from the forest as mobilizing work forces has become a costly issue,” said Dhungana, “If we were able to use any affordable bamboo harvesting technology that would be great to save our operational cost.”

Every year, the community users harvest more than 1000 quintals of dry bamboo from the forest.

Bamboo produced from the community forest is not fully utilized in the local market. And it is wasted if users are unable to preserve mainly from rain. The bureaucratic red tape in clearing bamboo forests often creates problems.

Once they collect bamboo from the forest the users’ group call for a public tender for sale. But they cannot sell all bamboo as local industries are not able to utilize all bamboo products.

Studies show mountainous country Nepal has huge potential of producing bamboo as most of its barren rural area remains fertile for bamboo farming. According to a GTZ report on ‘Bamboo in Nepal’ it is estimated that the total growing stock of bamboo in Nepal is around 15 million cubic meters with an approximate biomass value of 1069 metric tons. But Nepal’s annual production of bamboo culms is said to be around 3.01 million. About 6,00,000 culms of bamboo are traded over the domestic market each year. Of the remaining 2.04 million culms, 1.9 million culms are consumed locally and the rest traded to India.

“We have some problems in exporting bamboo to India due to some tax issues,” said Dhungana adding, “Unlike non-timber products Indian buyers need to pay hefty taxes to the government. Because of tax issues Indian buyers are not interested in buying Nepali bamboo.”

Dhungana urged the government to consider tax policy so that bamboo the Indian market. “All bamboo produced from our community forest isn’t used in Nepali market,” said Dhungana, “If the tax imposed while exporting bamboo to India was revoked it could help us to promote green economy and create more employment opportunities for villagers.”

This story has been edited in Paragraphs 4, 25, and 26th to fix some typos.

Nepalese Embassy in Spain hosts a grand reception in Madrid

Zelenskyy rejects negotiations with Putin if Ukrainian territory is captured