A journey from ICU to Nirvana

By Suhan Shrestha
Nepal
Dr. Preeti Bhusal after climbing the highest peak of the world, Mt. Everest, with a team of two Shrepas, on May 12, 2022. (Photo: Preeti Bhusal/Breaknlinks)

A few are thrilling and adventurous journeys in the world that a handful of people embark on or rarely do. Among those adventures, climbing the highest peak in the world, Mount Everest, is next to impossible for some people. Tenzing Norgay Sherpa of Nepal and Sur Edmund Hillary of New Zealand first climbed Everest (8,849 m) 69 years ago. Since then, the number of people who successfully ascended the peak has been meager.

It is not easy to get to the peak of Everest, considering the extreme conditions surrounding it. A slippery slope formed by the frozen snow, huge snow pits, sudden and dangerous snowstorms, the struggle for a gasp of breath, and a glimmer of hope of making it out alive doesn't bode well for the climbers.

It is not trivial for a person to dare to climb Everest, and there are many reasons for a person to climb the highest point of the world. Some of those reasons led Dr. Preeti Bhusal of Grande International Hospital towards the peak. At 9:30 AM on May 12, 2022, she became the first Nepali woman physician to climb Mount Everest. 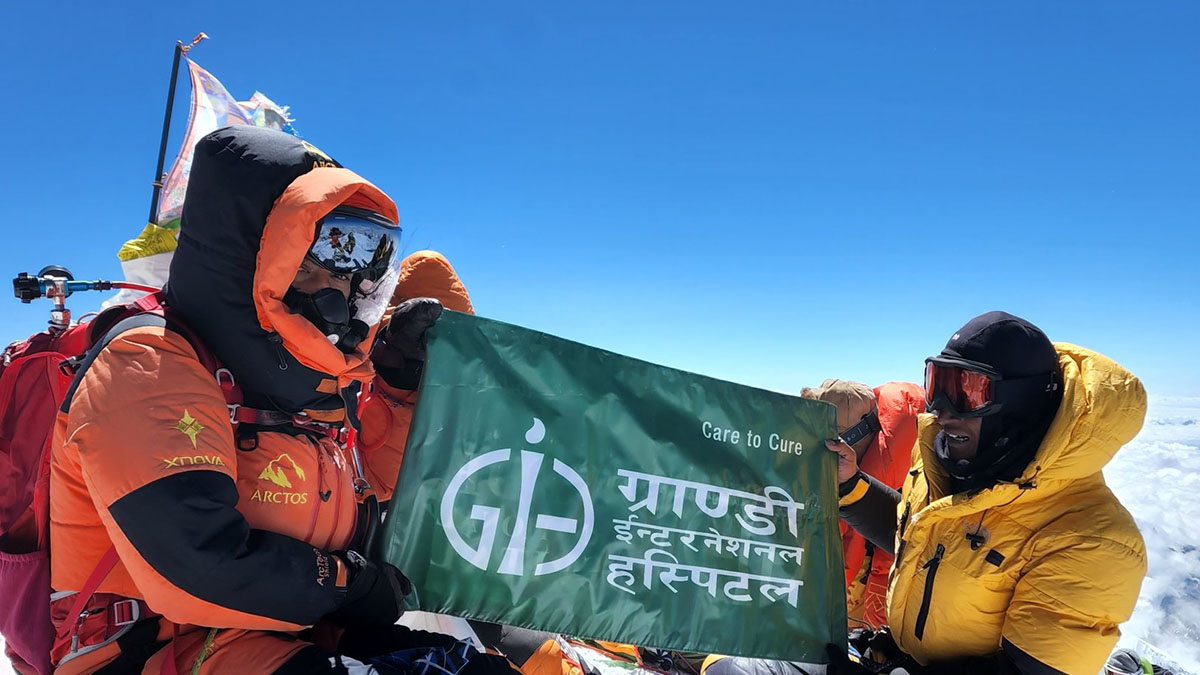 Preeti's father, Bishnu Prasad Bhusal, had come to Kathmandu from Sandhikharka, the district headquarters of Arghakhanchi, to study. After finishing his studies, her father worked in the capital and did not return to the village. Preeti was born and raised in Kathmandu, and her early education started in the heart of the country. During her studies, the Bhusal family had to return to Sandhikharka for various reasons. After arriving at the family's hometown, she was admitted into a boarding school in Arghakhanchi. But, she only studied there up to the 5th grade as their family had to move back to Kathmandu due to the Maoist Civil war ravaging the country, consequently affecting her origin, Argakhanchi.

She finished high school in Kathmandu. Although she was accepted to the Kathmandu University to study MBBS, she had to fly abroad to Bangladesh due to the unavailability of seats at the University. She returned to the country after completing her studies and started working at the ICU in Grande International Hospital in 2016. She was shifted to the ward section of the hospital as per her request because she had to prepare for her post-graduate entrance examinations and couldn't keep up with her travel plans. The hospital respected her wish and moved Preeti to a suitable working position just after one year of working relentlessly in the ICU at one of the best hospitals in the country.

In 2019, she left for Europe. She met a couple in France and Switzerland who had visited Nepal on the same trip. The couple's words made Preeti dream of climbing Mt. Everest. "While touring Europe, I met a couple who had toured Nepal. I was talking about Nepal with the couple. "You haven't climbed a mountain even though you're a Nepali? What, you came here to climb those small hills?" The couple mocked me as I went out trekking. Those bitter words felt like a brick to my face," Preeti said to BL Media during an interview. 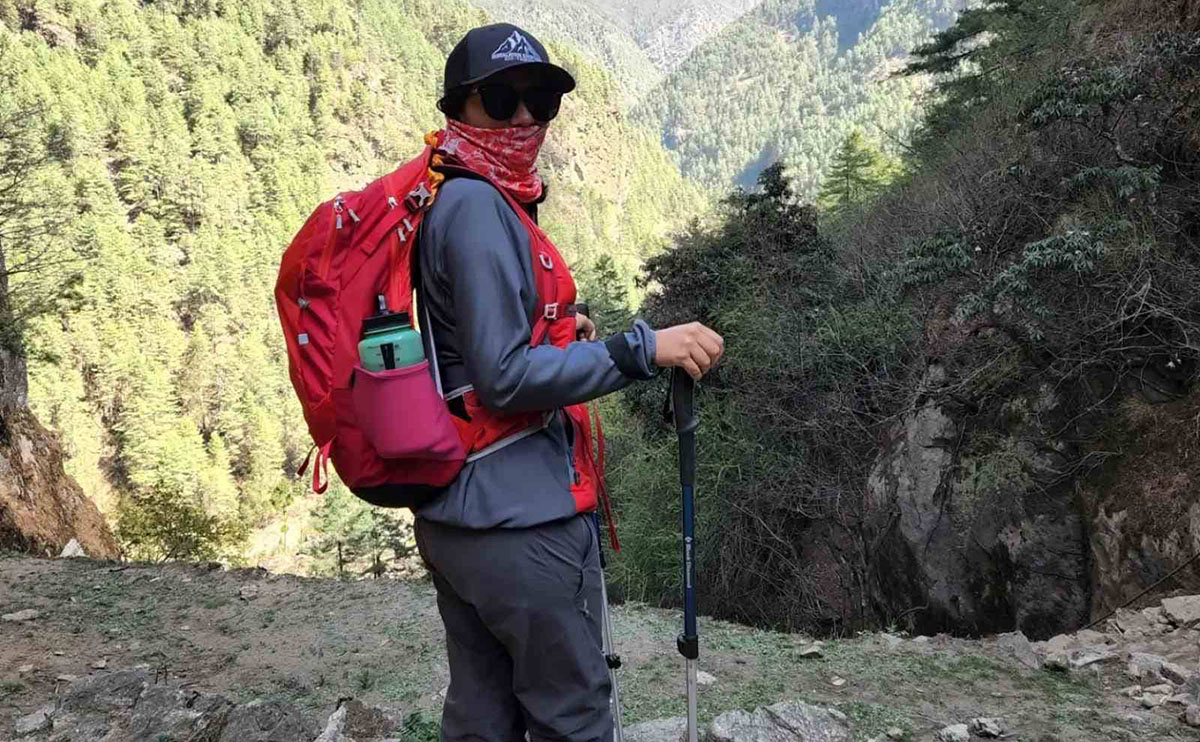 The Coronavirus pandemic brought everything to a standstill as soon as she returned to Nepal. She had to work harder than ever, but she was building relationships with Sherpas. The desire to scale a peak made Preeti's path cross with many people. But, along the way, she had to endure many hardships too. At the end of April 2021, she successfully climbed Mount Lobuche (6,119 m). After the daring feat, her attraction toward mountaineering grew even more intense.

"It was during the ascent of Mount Lobuche that I first saw and touched snow. That experience was unlike any other," she added, "I felt myself during the climb, and I realized my shortcomings and imperfections. After that, I started working even harder."

Preeti is a person who is into sports. During her time at the school, she was a popular kid because she played Table Tennis, Football, and Basketball. Her athletic personality justifies the energy she displayed during mountaineering. But, playing football on a flat field comes nowhere near toying with death at an altitude above 8,000 meters. She trained for nearly a year before climbing Everest, which The Himalayan Shephard Tourism facilitated.

On April 16, 2022, her team set out from Kathmandu on a journey to Everest. There were two Sherpas with Preeti, who was in charge of successfully taking her to the summit of Mt. Everest. It took Preeti and her team six days to reach the summit of Everest from the base camp. 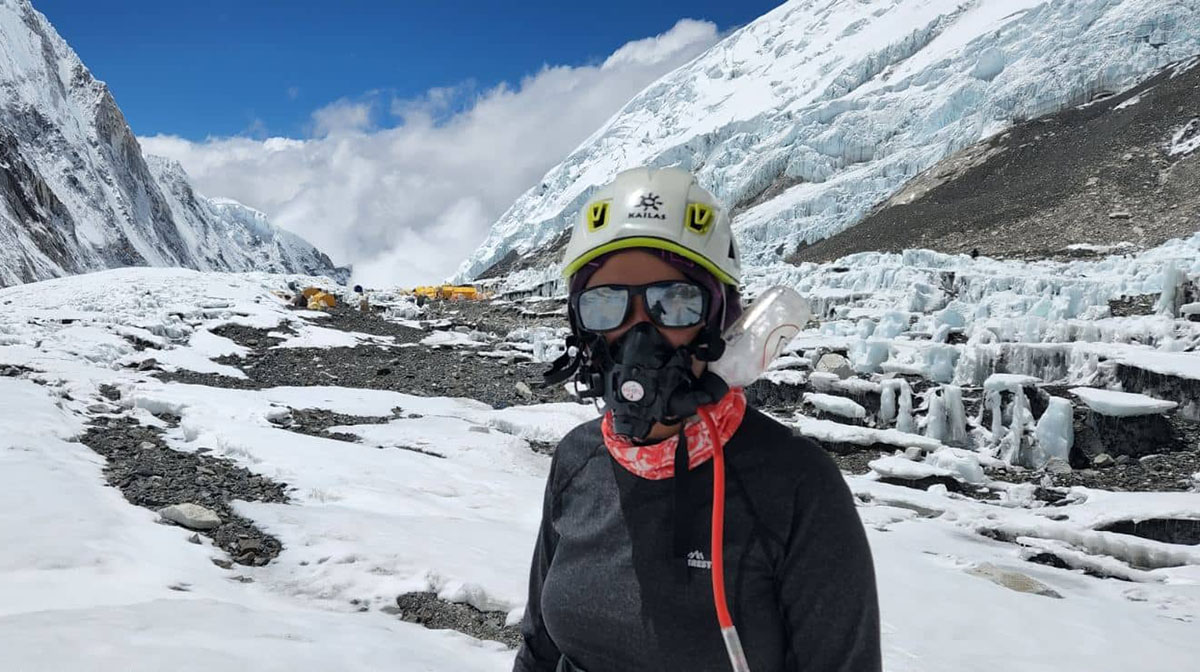 "It is the journey to the Everest, we had to struggle for even a gasp of breath. One misstep meant never seeing your loved ones again. Every step had to be calculated and well thought out. But I didn't have any fear. Nothing and nobody was on my mind or my heart. I couldn't have remembered my name if you had asked me my name at that moment. I was only thinking of survival, of getting from one base camp to the other safely. I was praying to the gods," said Preeti.

On May 12, 2022, Preeti reached the highest peak in the world. "After reaching the summit of Mt. Everest, I did not know what to do or what not to. I didn't even realize I had to take pictures. My Sherpas pulled out the banner, gave it to me, and took pictures. I realize now that was the fun of being at the top of the world. Everything is so trivial; everything is silent. Not one worry in the world. However, I was anxious on the way back down, and I was thinking about reaching the base camp," she said with satisfaction. 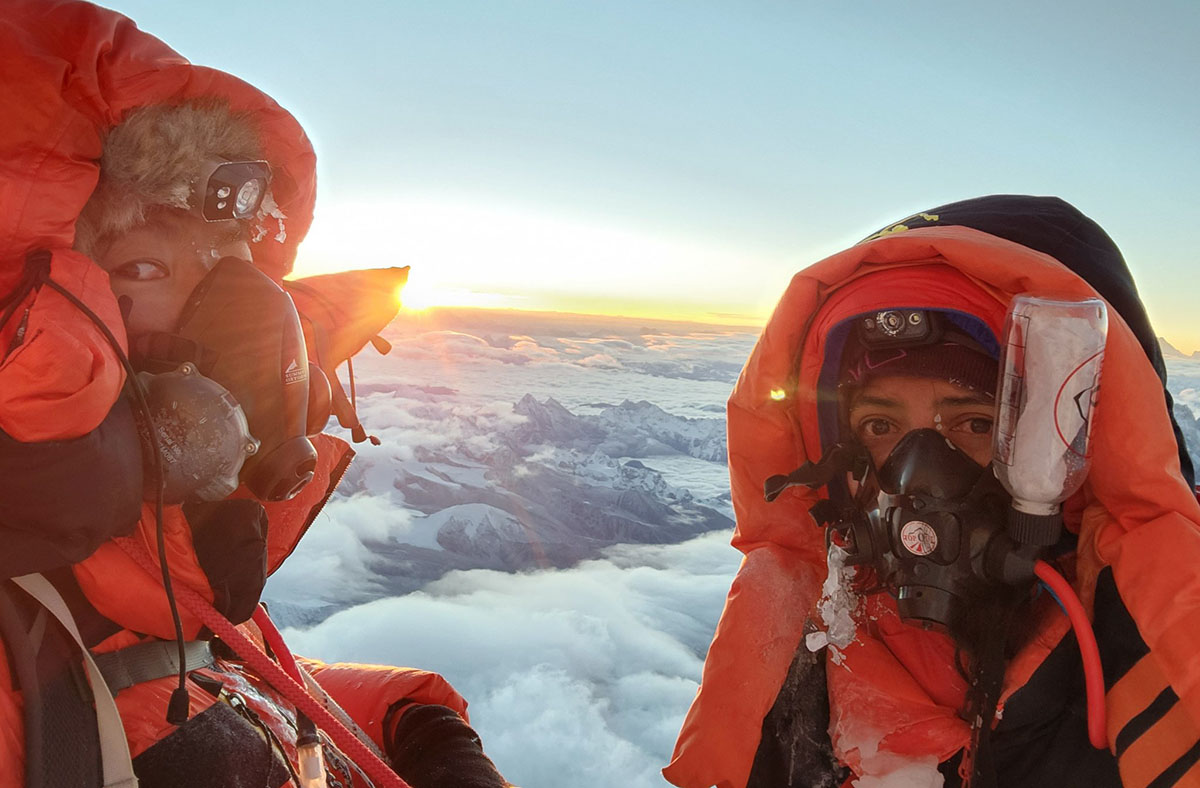 Preeti, who works at the hospital, encounters dead bodies almost every day in her regular life. She even claims to have seen some corpses on her descent and says she didn't remember being scared of them.

She said she had climbed Mt. Everest to pay homage to the health workers, sanitation workers, ambulance drivers, social workers, and security personnel who worked tirelessly during the pandemic. Preeti has announced to climb Mt. Manaslu (8,163 m) and Mt. Amadablam (6,812 m) in October/November this year.

"I met a female Sherpa during my journey to the Everest. She said that climbing Mt. Everest is praiseworthy but the thrill and fun you experience of climbing other mountains is different and that many things could be learned along the way. I remember her words everyday. That is one of the reasons why I want to scale other mountains too," Preeti said.

Preeti's father, a senior advocate Bishnu Bhusal, also climbed Mt. Everest this season. He successfully climbed Mt. Everest on May 16, 2022. At present, Preeti resides in Bansbari, Kathmandu. She has been sharing various experiences and inspiring those who want to climb mountains through Himalayan Shepherd Nepal. 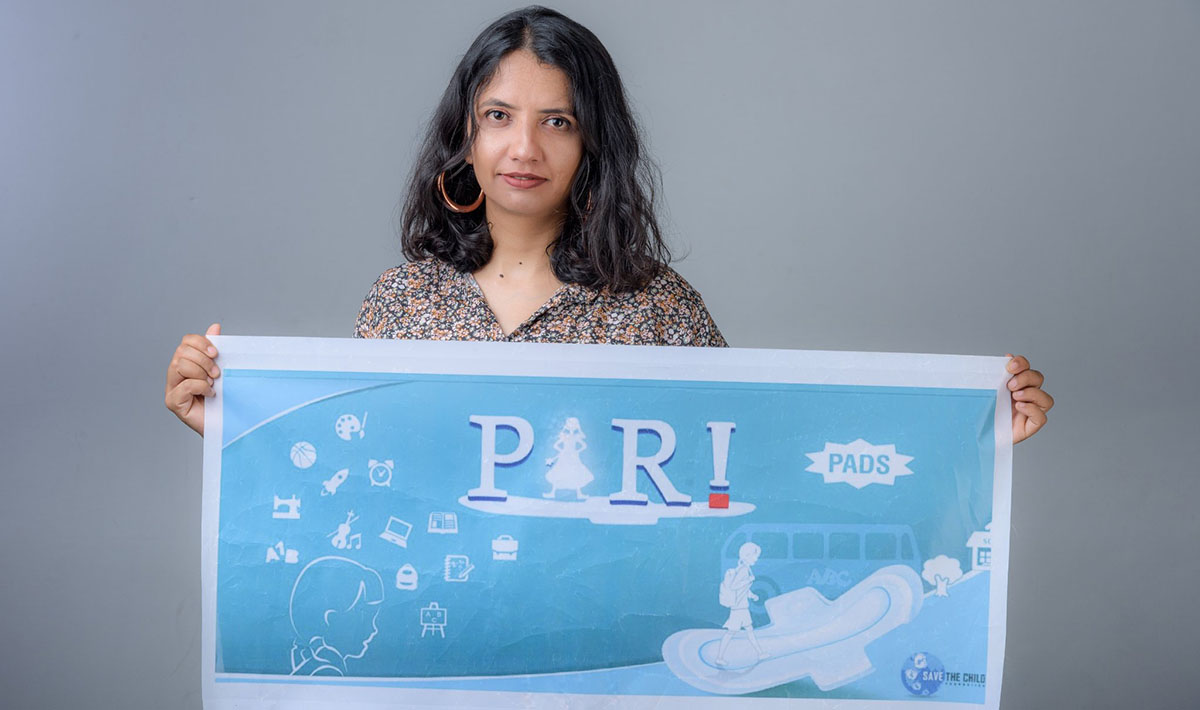 This story has been edited in the 5th paragraph to rectify Dr. Preeti Bhusal's history at the Grande International Hospital.

It's not all. Keep going Dr. Preeti. You are an inspiration. We haven't climbed a mountain, and we say we are Nepali.

Biden to terminate mandatory COVID testing for travel into US

Abu Salem Al-Iraqi, a leader of ISIS, blows up himself in Syria