Dal Bahadur Kunwar of Karnali Sports Jumla has emerged victorious in the fourth edition of 'Guerrilla Ultra Marathon' held at Mahatgaon, Bhume Gaonpalika-6 of Eastern Rukum. He completed the 62 km-long guerrilla ultra marathon in 5 hours, 53 minutes, and 2 seconds on Friday and won the title.

Earlier this year, Kunwar had finished second in the 49 km long ultra-marathon on April 6. At that time, he completed the distance in 5 hours, 5 minutes, and 7 seconds.

Winner Kunwar said that the track was challenging but exciting and that he would continue to participate in other marathon competitions in the coming days. 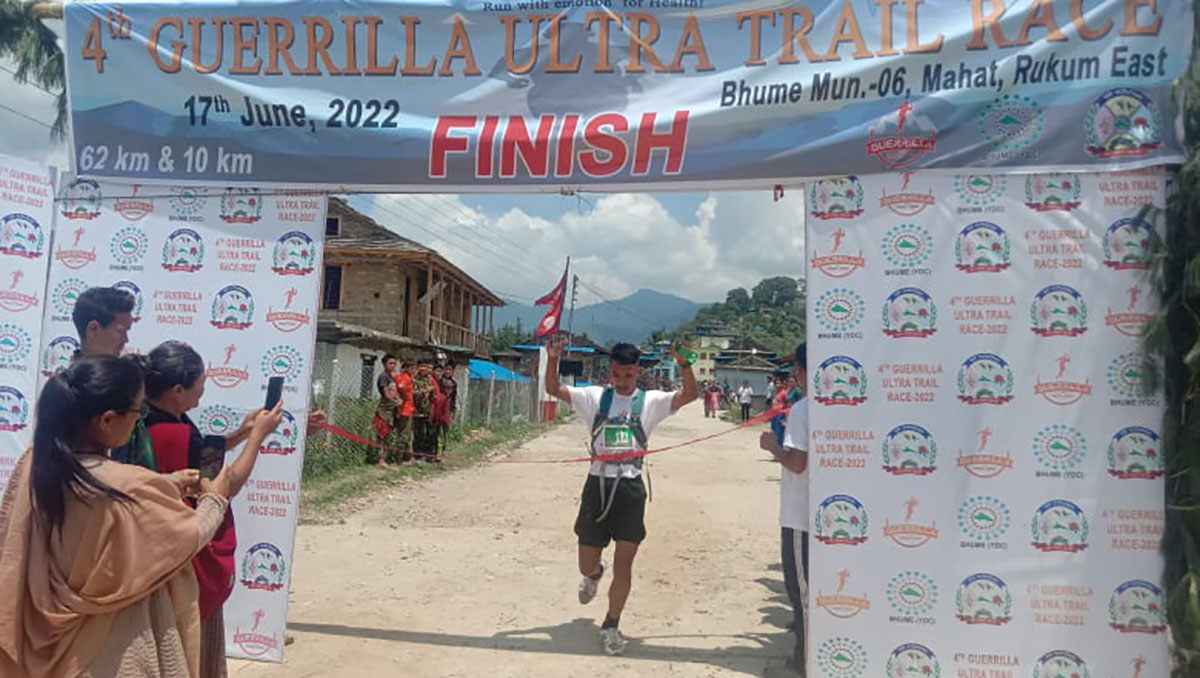 Similarly, Manju Rawat of Jumla of Karnali Sports Club became the first in the women's category. She covered the distance of 62 km in 6 hours, 56 minutes, and 36 seconds. 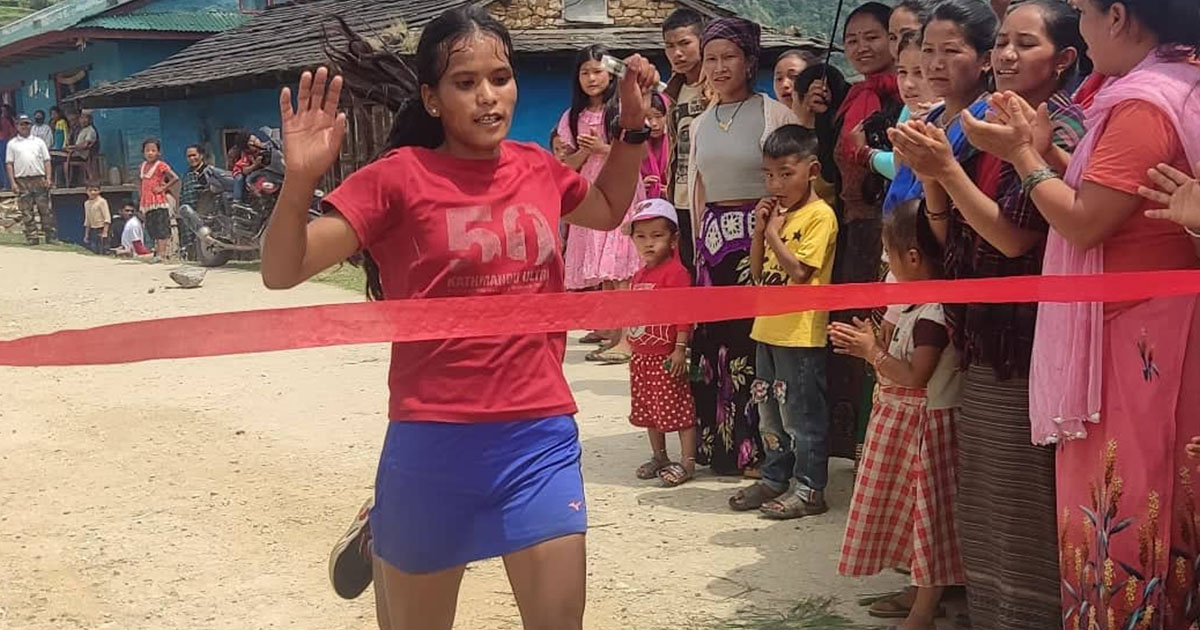 Similarly, Sun Kumari Sunar of Rukum (East) became the first in the women's 10 km race. Sunar completed the distance of 10 km in 1 hour and 40 minutes and became the winner.

Priya Pun Magar of Rukum (East) has secured second place in the same competition. She completed the distance in 1 hour and 50 minutes.

Vinita Sherpali finished the distance in 2 hours and 9 minutes and secured the third position. 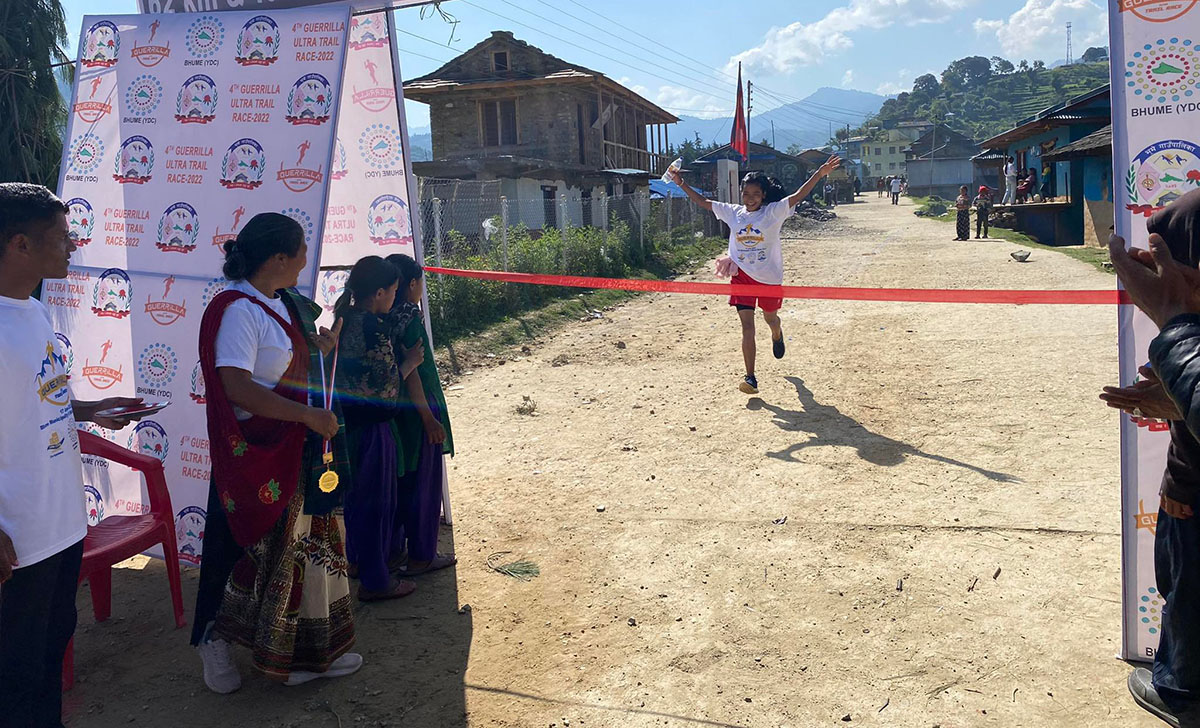 The fifth to tenth place winners were also awarded cash and certificates.

According to Sunil Kumar Roka, coordinator of the Bhume Youth Development Center, the marathon is organized annually to develop and promote tourism at the heart of the Maoist armed conflict, Bhume. 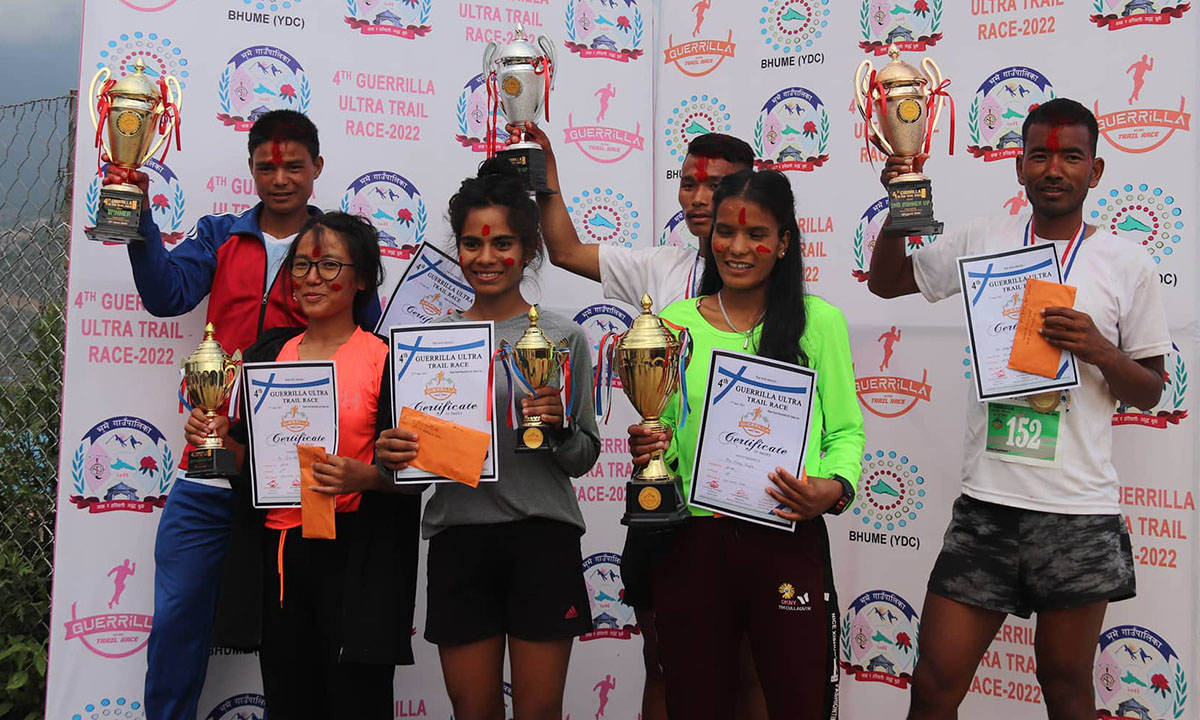 Central Secretary Ajay Magar said that the history of the Maoist conflict period should be remembered, and lessons should be learned from direct and indirect experiences. He also urged people to watch this marathon purely from an adventurous point of view. The marathon started from Rukum (East) Mahatgaon under the guerrilla footpath and has been organized since 2075 BS. It was stopped in 2077 due to the Coronavirus pandemic.

Ninety-nine people from Jumla, Bhojpur, Solukhumbu, Taplejung, Rolpa, and Rukum (west and east) participated in the edition of 'Fourth Guerrilla Ultra Marathon 2079'. Out of which 19 women and 80 were men.

The guerrilla ultra-marathon competition held every year in Rukum (East) is being promoted by Bhume Village Municipality and Bhume Youth Development Center.

Pele's family visits the Football legend in the hospital