Satellite imagery has captured the latest attempt to remove the largest container ship Ever Provided, which has been blocking a critical passageway in Egypt's Suez Canal for more than three days.

Yukito Higaki, the Ever Given's owner, apologized for causing "tremendous trouble" and expressed hope that it will be refloated on Saturday, according to Japanese media. 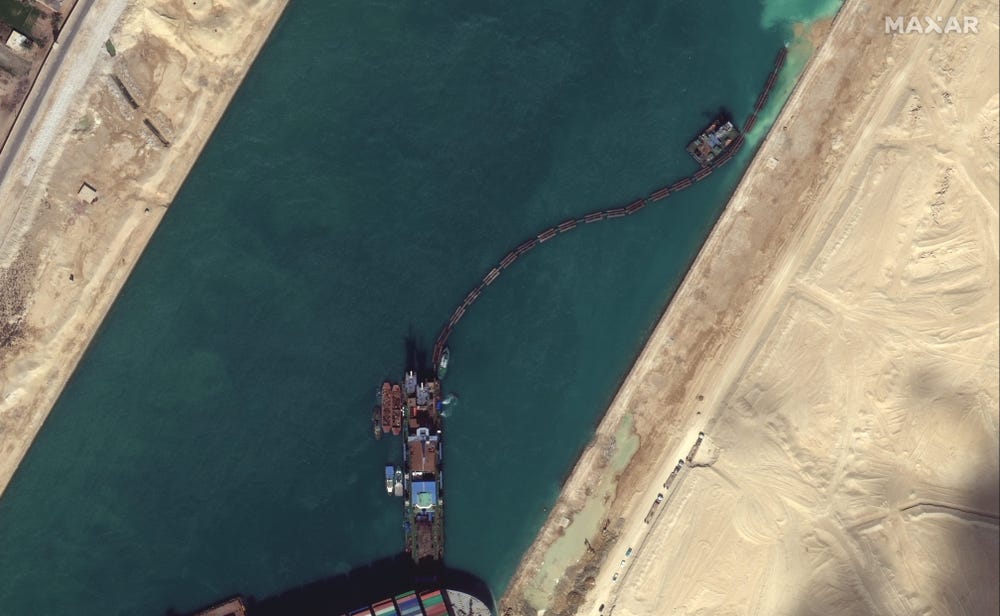 Dredging of the bottom and the Suez Canal banks to try and free the container ship Ever Given on March 27, 2021. Kristin Carringer/Maxar

According to Insider, Higaki, who is the president of Shoei Kisen Kaisha, the firm that owns the container ship, ten tugboats have been deployed to dredge the canal banks and bottom.

He said, "The ship is unable to take on water. Its rudders and propellers are in full working order. It should be able to function once it refloats "as stated by the BBC

The White House has also expressed interest in assisting.

During a press conference on Friday, White House Press Secretary Jen Psaki told reporters: "We're keeping a close eye on the situation. According to our knowledge, Egyptian officials are working to remove the tanker as soon as possible so that traffic can begin. We're discussing how we can better promote our Egyptian partners' efforts with them."

As seen during COVID-19, it may also contribute to shortages of toilet paper, coffee, furniture, and other imported products, as well as stockpiling.

The current deadlock is estimated to be costing the global economy $400 million per hour.

The Suez Canal is also responsible for 10% of all foreign trade, with about 1.9 million barrels of oil shipped through it every day, according to Lloyd's List, a British maritime news publication. 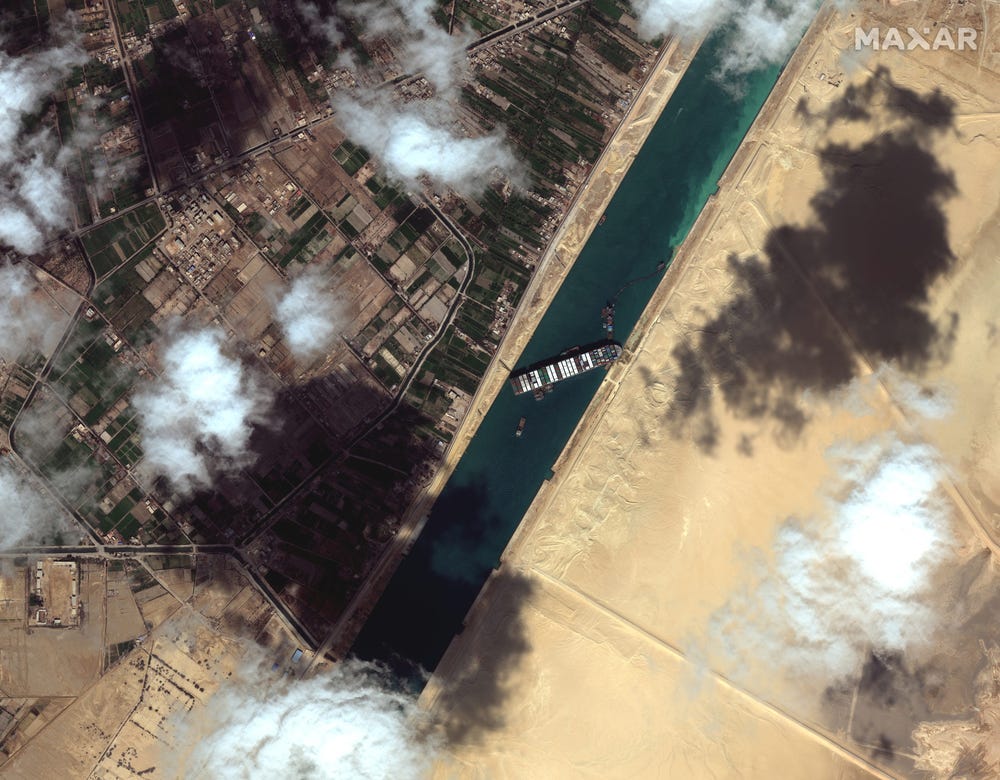 An overview of the effort to refloat Ever Given in the Suez Canal on March 27, 2021.

Abu Salem Al-Iraqi, a leader of ISIS, blows up himself in Syria

Six children among the 29 killed in Gaza by Israeli attacks