Myanmar's rebel youths attempt to get public attention through a punk band.

Rebel Riot, a band formed in 2007 has been actively involved in the current protest against the junta to raise awareness and grab global attention.

The band is also popular for its street-level social initiatives such as handing food to Yangon's homeless. The band members often describe themselves as a community more than a band.

The band recently released a music video called "One Day". The video features the band members who deliver seething vocals over the top of a barrage of heavy guitar.

A lady band member said that there are lots of restrictions for a woman and being a tattooed artist in a punk band is not what "you are supposed to do."

The video features anarchist red and black flags and people raising three fingers, as a symbol of resistance derived from a popular film series, the Hunger Games. 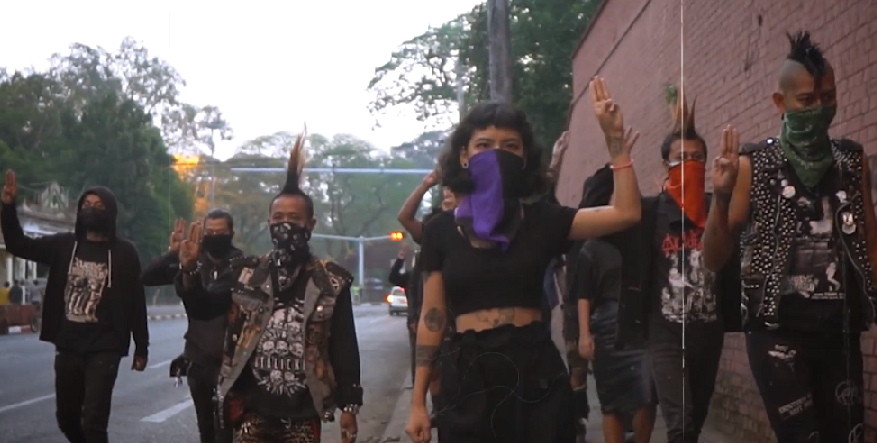 Aljazeera quoted Hnin, a lady member of the band, “We just wanted to create something that can inspire people.”

Hnin said she met other members of the band during the 2015 strikes in Yangon.

She says being a part of the band allows her to share voice which she says is a great deal for women in Myanmar.

Tens of thousands of people in the country have taken to the streets, since the military seized the power on February 1.

Hundreds of protestors have been arrested by the police. Marginalized groups including the LGBTQIA+ have been participating in the protest.

Superbowl 2023 to be headlined by Rihanna

Police use tear gas on Iran protesters in Paris

If Putin uses nuclear weapons, the 'US will retaliate with a devastating strike'