Khenpo Samduk Nyima Rimpoche was crowned in a ceremony held at the Triten Norbutse Monastery in Kathmandu. A fifteen-century Thasung Tsholing Monastery Thasung Choling Monastery, located on the banks of Phoksundo Lake in Dolpa District, is the centre of Bon Dharma in Nepal.

Rimpoche, who has been actively promoting the Bon religion for over three decades, was formally crowned in an enthronement ceremony on Tuesday. According to Geshe Lodoi Choglek, Secretary General of the Nepal Bon Buddhist Federation, Geshe was crowned according to the Bon religious tradition. 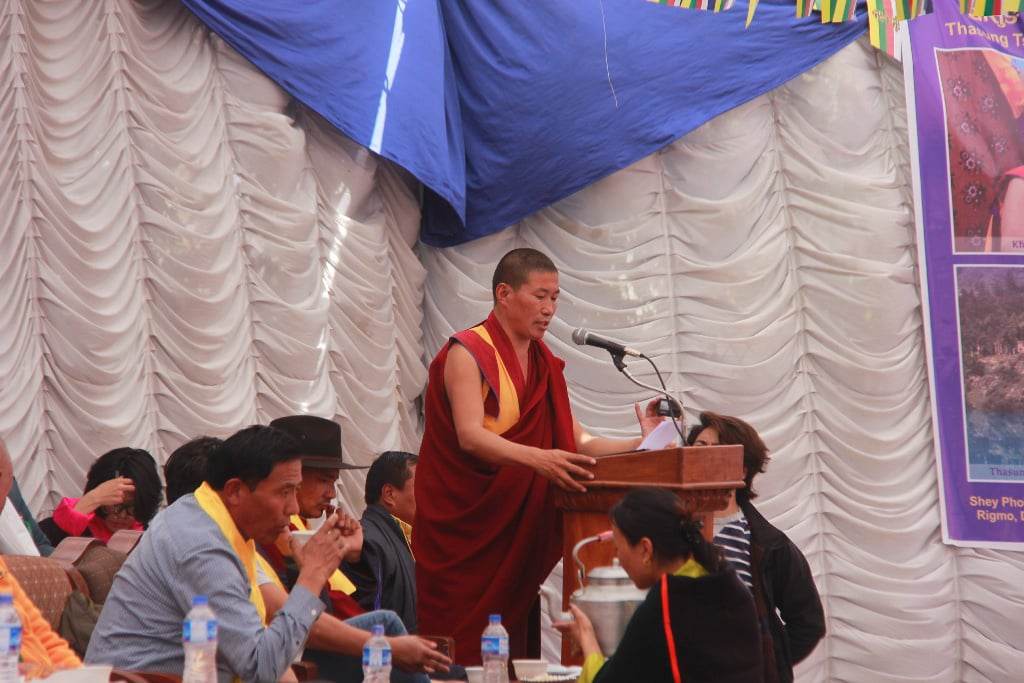 During the throne enthronement ceremony, Choglek said, ' Geshe's contribution to the preservation and promotion of Bon religion tradition is significant.' He further said that he has been active in religious worship in Ringmo, Pungmo and other villages for over three decades. 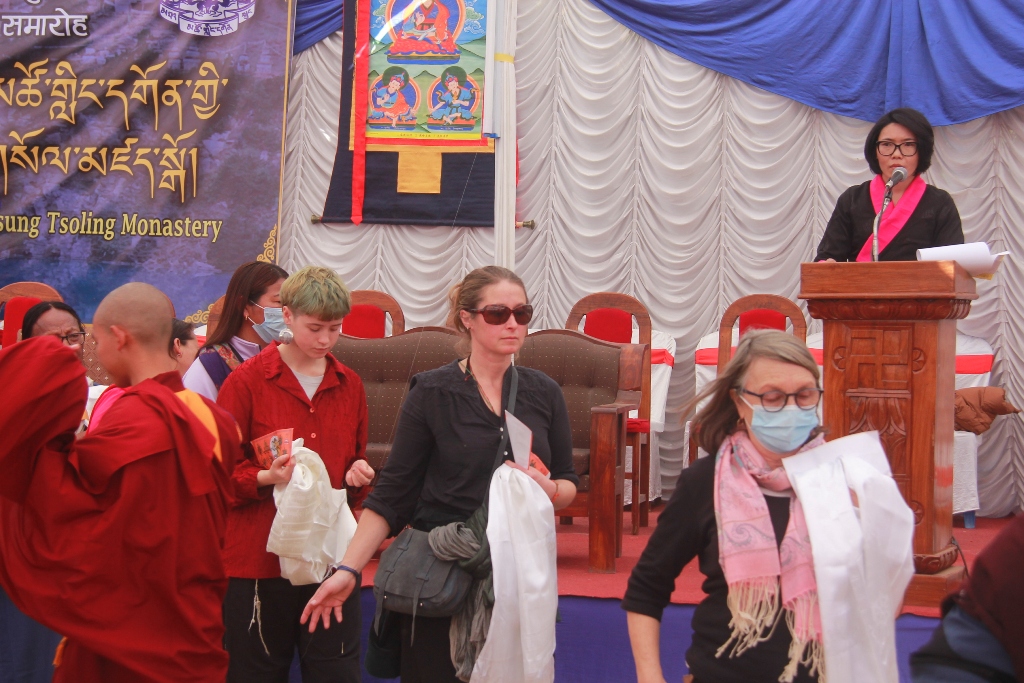 In the program, Bon religion Lamas, the general public and others received blessings from Rimpoche. The chief guest of the enthronement program Triten Norbuche Monastery Ponlob Tsangpa Tenjin Rimpoche highlighted the importance of the ancient Bon religion. In the program, several dignitaries, including Dhan Bahadur Budha, federal MP of Dolpa district, Khenpo Phupu Chhoibel Sherpa, chairman of the monastery management and development committee, various village rural municipalities chiefs and representatives of the community, Dr Ghanshyam Gurung, WWF Nepal representative, and several others were present in the ceremony. In addition, artists from Tapiricha School and other has performed religious dance and cultural programs. 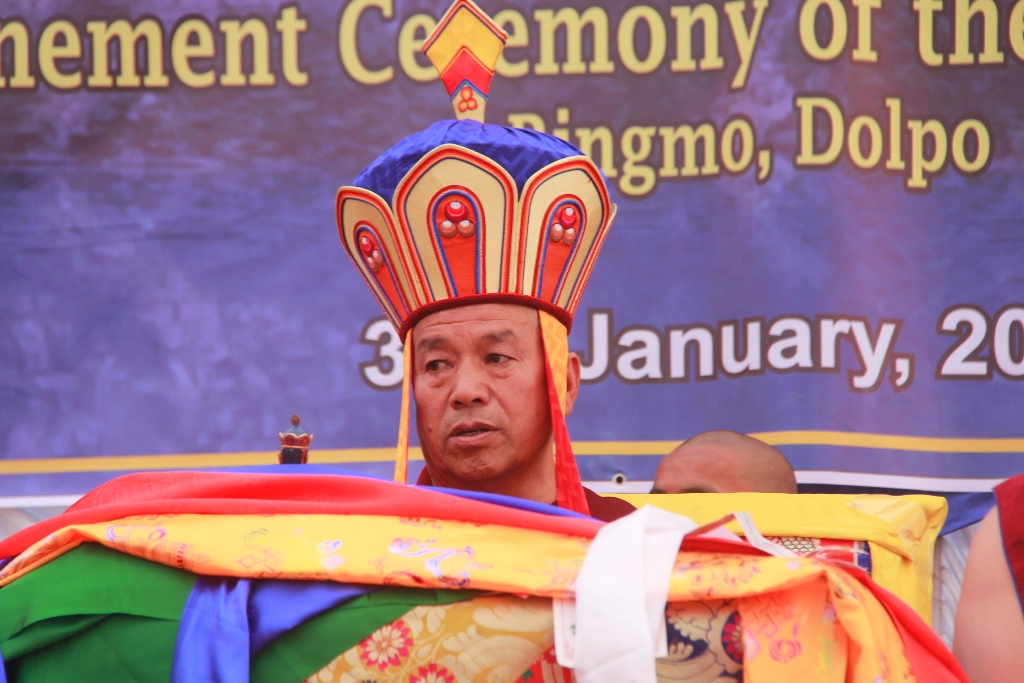 Who is Geshe Samdup Nima Rinpoche?

Du-Shig Geshe, Samdup Nima Rinpoche, was born in 1956 in Phoksundo Pugmo, Dolpa District. He learned the Sambota script from his father. He acquired knowledge of the Bon religion from the Samling Monastery in Vijer village and the Pal Shenten Menri Monastery in Solen, India. He became a Geshe in 1991 and later became the lama of Thasung Tsholing Monastery, where he taught meditation and penance.

After obtaining the Geshe Degree at Menri Monastery, Geshe Samdup Nyima Rinpoche has been serving for over three decades as the head Lama of the Pal Shenten Thasung Tsoling Monastery. He completed the painting and construction of a new monastery building, and currently, he gives sermons to Tawa, Chomos, Ngodis, Ngoishi, and cave mediators. 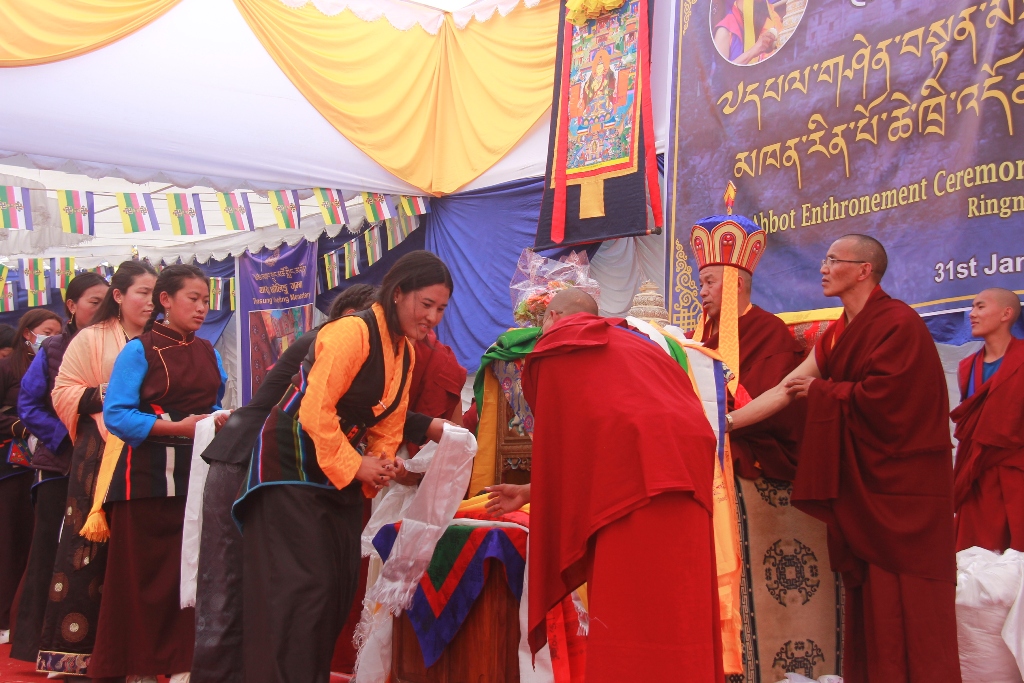 During this period, Geshe Rinpoche took full responsibility for the Monastery and immensely benefited residents of Tso, Pungmo and other people who came to seek refuge. Geshe Samdup Rinpoche's works contributed to preserving and promoting the Yungdrung Bon tradition and are highly appreciated by all the devotees of Yungdrung Bon followers.