With millions investment on his own, Nima Kunkap an educationist opens school for poverty-stricken children 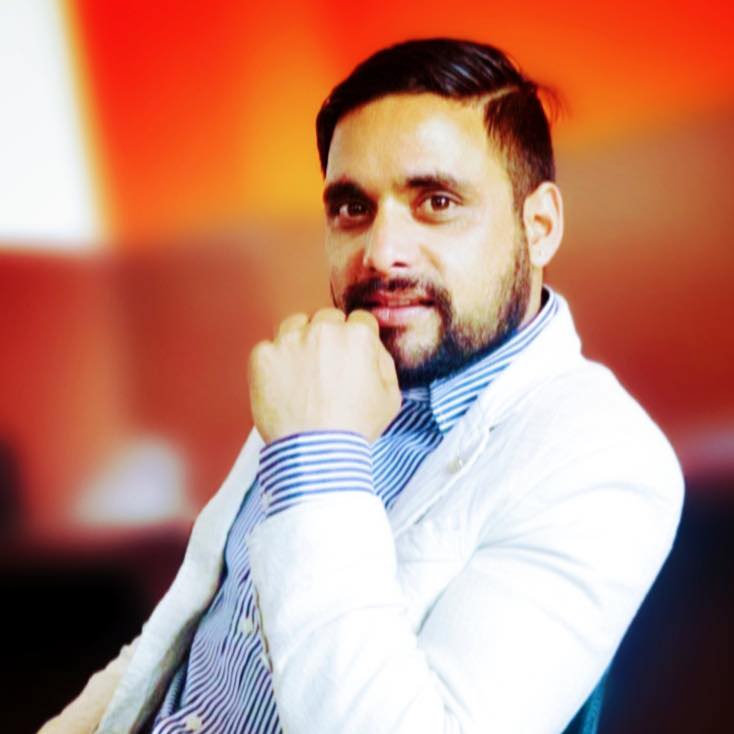 Dr. Nima kunkap Rimpoche of Baijibara, Dolpa has opened a school in Dunai, the district headquarters, where hundreds of poverty-sticken and needy children have been able to get education in remote Himalayan district of Dolpa.

He then wandered and reached India at Bon Gumba in Solyan, Himachal Pradesh. He grew up there and completed his PhD study in Bon studies.

While remembering very hard life back home in Dolpa and the poor state of education there, Nima returned to Dolpa where he first established a monastery then he helped to built the school.

He has been running Dunaimabon School since 2008, where children are taught up to class 5. The residential school which started with 12 students, now has 45 poor children. The school arranged everything from their education to food and accommodation in the hostel. For overall expenses, Nima travels abroad all the year round in Nepal and abroad to raise money by performing rituals.

He has not received any help from until now. "I haven't received help from anywhere so far," Lama told the BL news service.

He added that even though some people showed readiness to help the school, they were provoked by his relatives and some associates.

"Few people have shown their willingness to help the school, but some relatives and associates have always diverted them," he said," resentment towards me should not have jeopardized the student's future."

Lamaji had imparted education to the poor and school-going children of Dolpa, Yogendra Hamal of Dolpa, who knew him closely said, "It is very fortunate to have such educationist person in Dolpa."

Nima was born on 5 March , 1965 in remote Himalayan district of Dolpa to father Palden Chhiring and mother Karma Dolma. He  was smart and intelligent from his childhood.

When he was 8 years old, his mother fell from the roof of Karma's house and died. Despite hardship, he was well taken care of by her mother supporting him to school had suffered miserably after her deceased.

Just after three months his mother passed away, Nima's father remarried. As soon as new mother stepped at home, he had to drop out in the middle of his studies. His grandfather Tamba lama was knowledgeable in Lama language. He inspired Nima to read and write.

While he goes to look after livestock as shepherd in the afternoon, grandfather used to teach him how to read and write in the morning and evening.

After few years, he lost his father Chhiring at the the age of 13, then he began to suffered badly.

However, he had begun to read and write the Lama language. Also, from his grandfather and Rimpoche Bhale, he was able to write and became expert in painting thanka of various deities and take measurement of statues.

From ancient times the images of deities and their activities were painted based on the Bon scriptures. For this reason the art of Thanka is very important in Bon religion.

Within three years after the age of 14, he not only made scriptural offerings, made tormom for religious purposes, and decorating it with butter, but also completed the pre-existing practices and teachings of the Bon culture with verbal instruction from his first guru, Baijibara Lama.

His grandfather died when he was 16 years old. Then he did not want to stay at home and he decided to become a monk, abandoning the painful nature. At the age of 17, he reached Himachal Pradesh, India in the year 2039 (1982). The eldest lama of Baijibara in Dolpa took him to the Menni Gumba in Dolanji, Solyan. Solyan, is also one of the leading schools for Bon followers which teaches Bon religion Bon related philosophy are taught in the school.

It was the day of Mahaparinirvana of the first Manri Trinjin Rinpoche in the Manri Gumba. On that special day, he received his clergy from Manri Trijin Rinpoche and Manri Yongjin Lopon Rinpoche.
For about 13 years 1994, he gradually studied various major philosophical books Praman Avastha and Bato (land-path), Yankram (Yan's condition), Prajanparamita, Madhyamika, Abhidharma, Vinaya, Tantra, Jogsen etc. He also studied all the main books of the Sutras.

He devoted himself not only to studying, criticizing and practicing the ideas and every effort of Tantra and Bon culture, but also kept himself busy in teaching, dialogue and writing.

Apart from these, he also acquired knowledge about general science, astrology (astronomy), rotation of the earth, construction of stupas.
He learned to use classical instruments and classical offerings in a systematic way according to the Mannery genealogy. Apart from these, he also received complete oral instructions and the external rites of the Bon religion, the inner and secret deities.
In 1994)], he appeared in front group of monks, lamas and Tulku monks from the Menri Monastery for the final examination of Ghese, and received the title of tatwa nirupana (Ayurvedic Diagnosis and Treatment) from Revered Khenpo and Lopon Rinpoche.

He was then appointed as an Associate Professor in the Bon Branch of the Central Institute of Higher Education in Sarnath, Varanasi, Uttar Pradesh, India.

He worked there as an associate professor for 13 years. He is still teaching Bon philosophy.

Then from 1990-1993, he worked primarily to lead the lama for the worship of the Menri Gumba.

From 1989-1994, he taught discourse, logic, orbits, road conditions, elements, and astrology to the lamas below him at the Menri Gumba.

From 1991-1994, he became chairman of the Dolanji-based Nepal Bon Interest Welfare Committee and a member of the Bone-Go Editorial Board at Solan.

In 2000 he worked as teacher at Sarnath hostel for a year.

From 1999-2001 he was the head of the Bon branch (CIHTS) in Sarnath. He also helped the poor and needy students in their education supporting their necessary expenses. He provided financial assistance to the Saranath Bon branch providing necessary books and worship materials.

In 1999, he formed the Dolpo Bon Society in Dunai, district headquarters of Dolpa in Nepal, and is currently serving its chairman.

In 2006, he built a Bon stupa in the name of the Dolpo Bon Samaj at a cost of Rs 4 million at Lama Paila in Dolpa district.
The stupa was inaugurated by the then chief district officer on December 4, 2006. (The cost reached high as the materials required for Stupa construction like cement, iron rods books and other materials were transported by chartering a helicopter.)

After the construction of the stupa at Dunai in Dolpa, housing for the poor and destitute  children to teach Lama language was built. The construction has been started with direct financial support of Ghese Nima Kunkap. The estimated cost of the house construction is Rs 3.2 million. He is serving  as head Lama of the Nepal Bon Dharma Sangh since 2001.

He has been continuously supporting Nepal Bon Community School run by the Nepal Bon Religion Federation. They have also been providing necessary assistance to the association.
Teaching abroad

Since 2000, he has been teaching Bon Sanga in Moscow, Russia, teaching Bon religion, worship, meditation, and asceticism. Early practice, practice of mantras associated with the deity's servants, classical visits to good fortune, preaching on elementary astrology, astronomy and horoscopes. He visits Moscow to impart lectures on Bon religion and (Meditation) teaching asceticism at least twice a year since 2000.

Peru extends state of emergency in cities afflicted by protests

Lula: Rioters in Brasilia probably had assistance from police and the military

Former Brazilian President Jair Bolsonaro hospitalized, according to his wife