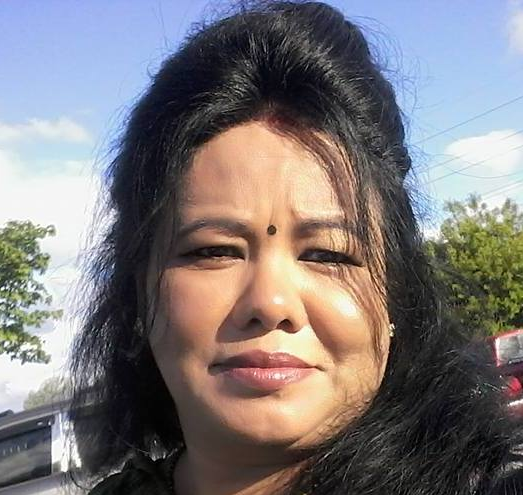 Resham [name changed] was very proud of what he had accomplished after settling and making some money in Japan for three years. He had bought a piece of land and built a house in Kathmandu. It is many a people's dream to do what Resham had done. He even supported his brother during his wedding.

Resham built that house in Kathmandu by sending money from Japan every month, and he even added a little piece of land in his village to his property. Concerned that financial difficulties would delay his brother's wedding, he spent most of his first earnings on the wedding and made it happen. Everybody in Resham's family was happy with his contribution, but their happiness and contentment were shattered when Resham returned to Nepal with no money and a Tuberculosis report in his hand. He was in Japan for six months without work because the illness wouldn't let him work. He returned to Nepal empty-handed after following the doctor's advice to go back home and rest. But, he had faith that his family would love him and support him through his tough times, encouraging him to get better. He believed that he could get better, start working again, and provide for the family. But that was not the case. Because he put the house he built in Kathmandu in his mother's name, and his family thought they would have to repay Resham, and what's more, they felt that he would not live long.

Illegal Nepalis are not allowed to deposit their earnings in banks in the same country. Even if they are not allowed to send money to Nepal legally, they must lose both money and family due to the malice of the family members. A reputed journalist who has been working in Japan for ten years says that the number of Nepalis committing suicide in Japan is also increasing due to the grief and lack of self-confidence faced by Nepalis living abroad due to non-cooperation, their problems, and compulsions. Moreover, the pain of women workers is still sensitive due to being women various problems and challenges they must face. "Right now, we, the journalists and the NRN workers, spend most of our time to discuss and to solve the issues on money, sexual abuse, medical treatment, and the corpses of Nepalis who died in the famine," he said. "Right now, most of our journalists and NRN workers are focusing on money, sexual harassment, spending on medical treatment, and sending the bodies of Nepalis who died in famine to Nepal," says he. Despite knowing that women are being exploited, the journalist community is being destitute of writing news, keeping in view the family in Nepal and her dignity and life.

There are many examples of journalists being subjected to various threats and even physical attacks, even if they are forced to write from time to time. Political change has brought a paradigm shift in Nepal's social transformation. But overall, there are different aspects of the story of Nepalis living abroad who have been displaced by ten years of armed conflict and have had to work hard in foreign lands. However, these issues have not become a topic of debate among the political parties, nor does the state apparatus consider it necessary to formulate a firm policy for ordinary Nepali citizens. They have gone abroad and are forced to go overseas. The state machinery has not been able to seriously take the proud contribution of foreign earnings for the prosperity and development of the common Nepalis who do not have a solid financial position and access to the economic sector.

According to the Asian Development Bank report, Nepal's share of remittance to the country's GDP stands at 27 percent. Recently, because of the pandemic, the ratio of earing from foreign employment has been decreased. The impact of Covid-19 has also been seen in the economy of Nepal, a country dependent on foreign employment for many of its working-age population and which depends heavily on remittances from workers abroad to keep its economy afloat. The pandemic is expected to have long-term impacts on Nepal.

According to the World Bank's 2016 report, 3.4 percent (247 million) of the world's population is forced to leave their homeland. India is the number one recipient of foreign employment and the largest recipient of remittances. Similarly, Nepal ranks third in the world regarding remittance inflows after Tajikistan and Kyrgyzstan.

The early history of foreign employment in Nepal dates to the recruitment of Gurkhas in the British Army, the Indian Army, and Nepalis in Lahore, Pakistan. Now this pattern has changed. Nepali workers continued to migrate legally and illegally in industrial areas, hotels, restaurants, beauty parlors, shopping centers, gas stations, and other places. By 2005, there were opportunities for foreign employment in 99 countries, including France, Japan, China, and South Africa.

For employment, international mobility has become a defining characteristic over time. In the past, only India was the destination for jobs, but recently, the Gulf Cooperation Council (GCC) countries and Malaysia for employment in priorities. Since the last decade, 2008/9, the department of foreign work (DOFE) has issued over 4 million labor approvals to Nepali workers. In the fiscal year 2018/18 and 2018/19, a total of 354,098 and 236,208 labor approvals were issued, respectively, and labor approvals were obtained for a total of 132 and 128 countries, respectively. The primary destination for foreign employment from Nepal in fiscal year2017/18 was Qatar, Malesia, UAE, and Saudi Arabia. In the fiscal year 2018/18, the destination were Qatar, UAE, Saudi Arabia, and others.

A report says that one-third of Nepal's total population is employed in foreign employment. According to the Department of Foreign Employment report, from the fiscal year 2050-51 to 2071-2, only 4 million 96 thousand five hundred and 6 million workforces in India alone work in various fields. Especially as workers in foreign lands are now a vital source of Nepal's economic resources, especially from the private and public sectors, remittances account for 27 percent of Nepal's economic growth, according to the report of Nepal Rastra Bank and Asian Development Bank.

Agriculture was the main occupation of Nepal's economy in the past and is now supported by foreign employment. Despite the massive contribution of foreign workers to alleviate poverty and development of Nepal, the social life of the working Nepalis, the promoters of this solid economic resource, is becoming increasingly difficult. Some students, some workers, some towards third countries, some towards Gulf countries. Ordinary citizens are less aware of the ill effects of foreigners than they are of raising their standard of living and for a better future for their children. Neither the nation has become serious about this issue nor the state body seems to be ready to formulate any policy for speedy management of this resource.

A Nepali refugee living in Tokyo beat up a Nepali female student studying there. The incident escalated into a scuffle between them, who had been living together for a long time. Tokyo police arrested the accused, and the female student immediately informed the journalist. But the police stopped the local Nepali journalist from writing news and taking photos. However, in the culture of the Japanese police, there is no practice of bringing out the incident and taking pictures. Because there are so many crime incidents in Japan, including suicide beatings, they don't want to be made public. One journalist says that there is no culture in the police mechanism of Japan to make the incidents public due to the danger of bad news.

In the globalization of the labor market, there is an urgent need for the Government of Nepal to formulate necessary policies for Nepali journalists to work in an open environment to raise the voice of ordinary Nepali citizens abroad and give them justice. But this is not an easy task. The former director of the Information Department and Information Officer Suman Bajracharya says, "In Nepal, there is a wrong tendency to use other people's names to get a press pass. Many people come to ask for a press pass, saying that it is a press pass in the name of others. How can it be possible to give official status to journalists living abroad? Director Bajracharya per question.

There are currently about ten online and one print media outlet operating in Japan and 80,000 Nepali immigrants, of whom 25,000 are refugees. Workers are students, cooks, traders, and workers. "There are no Nepali broadsheet journalists and stringers in Japan. So, we can be a good and cheap source for news. But the Government of Nepal has not paid attention to this issue. The Japanese government has some programs, but we cannot write reports. There is a situation where the Government of Nepal has not been able to provide justice even for us, the carriers and mediators of information for the country and abroad. While journalists are also the bearers of social justice, says the journalist.

The Defectors Game: How significant are the numbers?